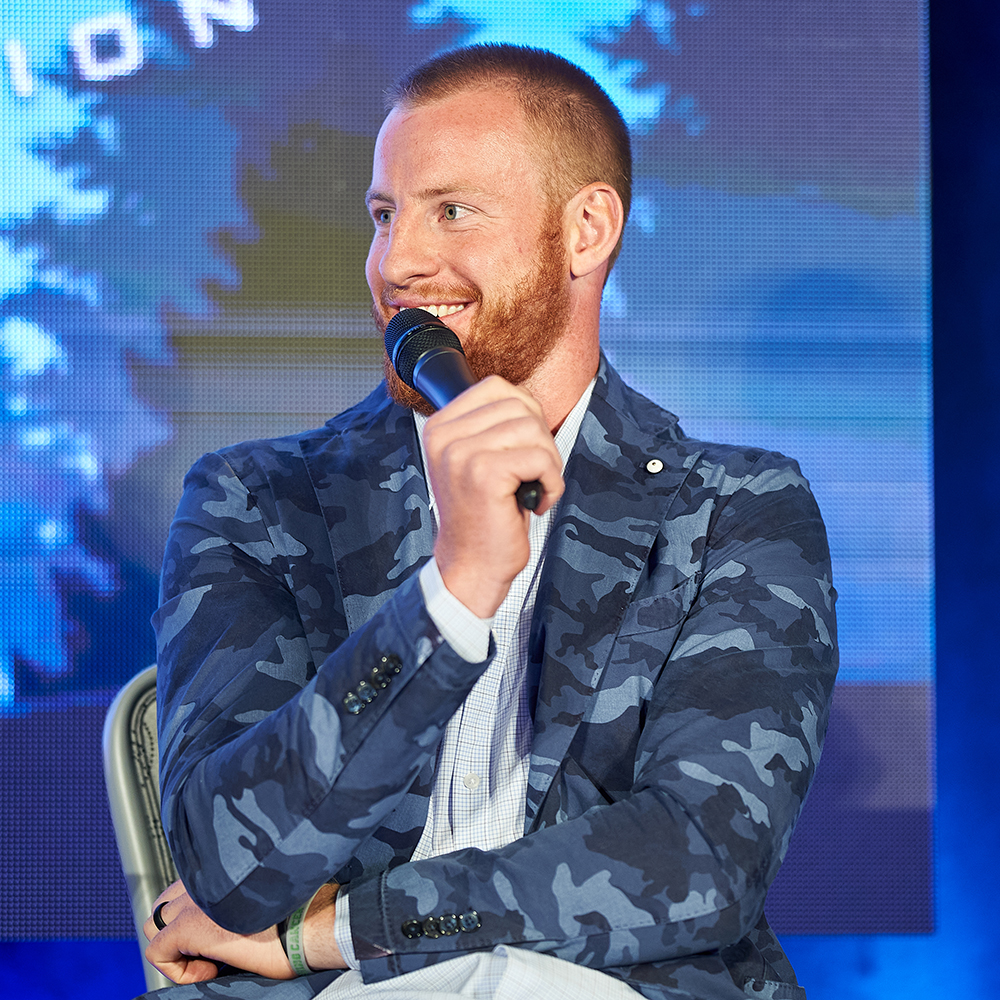 Carson grew up in Bismarck, N.D., and attended Century High School, where he was a decorated three-sport athlete and class valedictorian. As a senior, he signed a National Letter of Intent to continue his education and play football at North Dakota State University. He was a part of five national championship teams during his time at NDSU, along with twice being named the Most Outstanding Player of the NCAA Championship. Carson, a three-time recipient of the NCAA Elite 90 Award, was recognized as an All-American both athletically and academically. The two-year team captain remains in the top five in school history in passing completions, yards and touchdowns, despite only starting 23 games in his career.

After his performances at the Senior Bowl, NFL Combine, and NDSU’s Pro Day, Carson was drafted second-overall by the Philadelphia Eagles in the 2016 NFL Draft. He was named the team’s starting quarterback only eight days before his rookie season, in which he set a franchise and NFL rookie record with 379 completions.

Following his first season in the NFL, Carson knew he wanted to use the platform the Lord had given him to make a difference. Together, he and his brother, Zach, launched the AO1 Foundation in July of 2017 with a mission of “uplifting individuals and communities around the world by demonstrating God’s love for His people.”

Carson’s success in the NFL has continued since his rookie season, setting a franchise-record with 33 passing touchdowns as a member of the Super Bowl LII-winning Eagles in 2017. He was also named second-team All-Pro and was voted to his first Pro Bowl following his second season.

Carson married his wife, Madison (Oberg), in July of 2018, whom he met on a mission trip to Haiti. The couple has two children: Hadley Jayne and Hudson Rose. Carson and Maddie also enjoy spending time with their dogs: Henley, Jersey and Riggs. 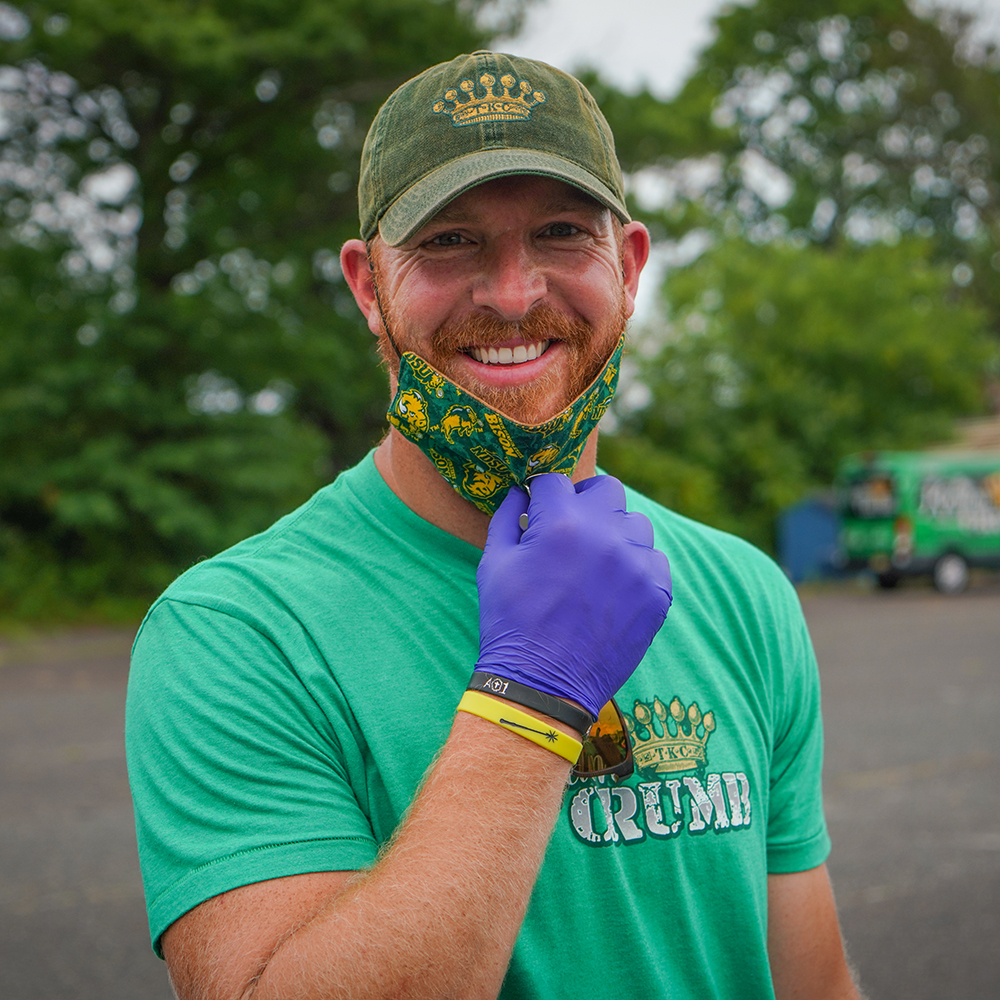 “But those who hope in the Lord will renew their strength. They will soar on wings like eagles; they will run and not grow weary, they will walk and not be faint.” Isaiah 40:31

Zach, Carson’s older brother, spent the first seven years of his life in North Carolina before moving to Bismarck, N.D., where he attended Century High School. In the fall of 2008, Zach enrolled at North Dakota State University, becoming a three-year captain on the baseball team. He finished with a .334 average in 208 games, and remains tied for the school record in doubles (58). Zach graduated with a degree in Physical & Health Education in December of 2012.

Following a year of playing baseball professionally, Zach became the Volunteer Assistant for the NDSU baseball program while pursuing his master’s degree in Administration, which he would later earn in 2016. He moved back to Bismarck in the fall of 2013, where he was a teacher and football coach at Century and Legacy High School for three years. Zach married his wife, Andie (Retterath), in July of 2015.

After Carson was drafted by the Eagles in the 2016 NFL Draft, Zach and Andie decided to move to Philadelphia to support him. Following his first professional season, Carson knew he wanted to use the platform the Lord has given him to serve others. The AO1 Foundation was launched in July of 2017, and Zach was named Executive Director. His role is to provide leadership, fundraise, and to ensure the mission of the foundation is carried out through its various initiatives. 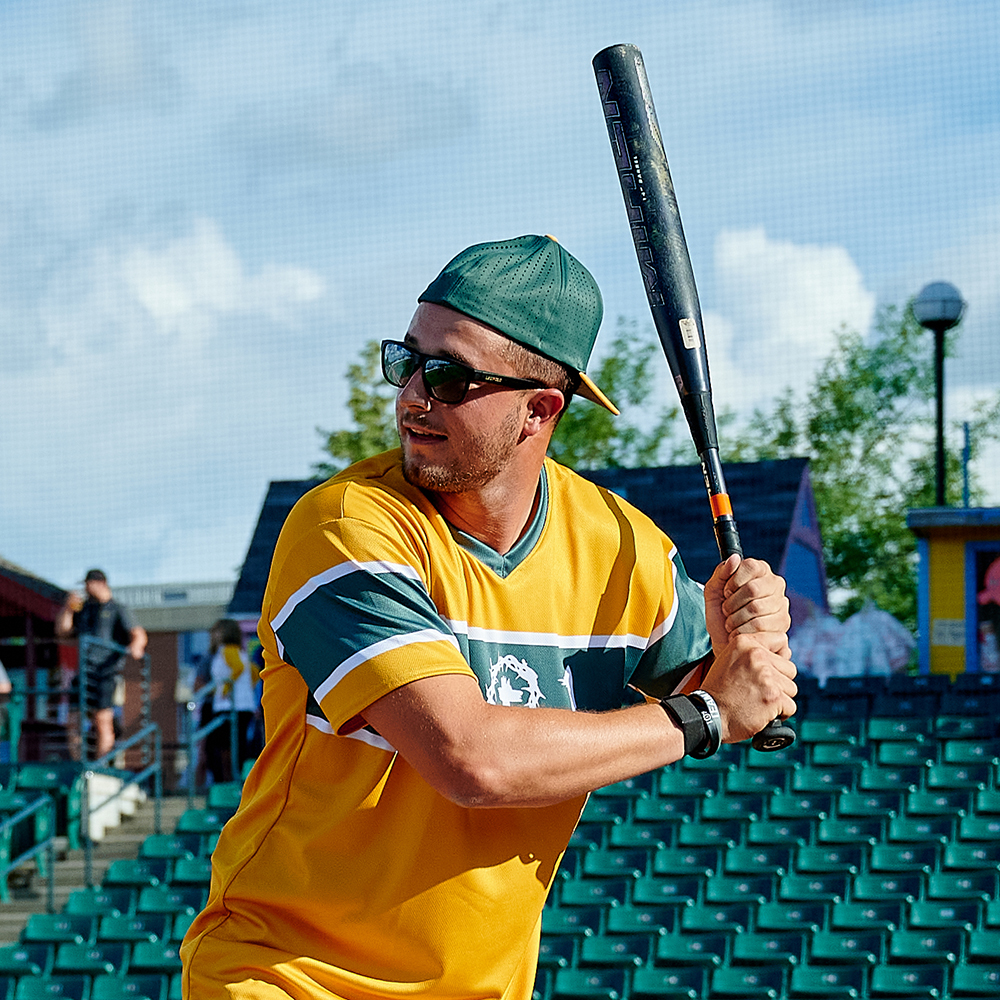 “No, in all these things we are more than conquerors through him who loved us. For I am convinced that neither death nor life, neither angels nor demons, neither the present nor the future, nor any powers, neither height nor depth, nor anything else in all creation, will be able to separate us from the love of God that is in Christ Jesus our Lord.” Romans 8: 37-39

Cole was raised with three brothers in Kearney, M.O., where he was an all-district football player and an all-conference baseball player for Kearney High School . He committed to play football at North Dakota State University, joining the Bison roster in the fall of 2013. As a fellow quarterback, he quickly developed a close friendship with Carson that continues to this day. Along with being a part of four national championship teams, Davis was twice named to the Missouri Valley Football Conference Honor Roll during his time at NDSU. He graduated with a degree in Agricultural Economics with a minor in Business Administration in December of 2017.

Cole originally joined the AO1 Foundation as the Director of Operations in April of 2018. He currently serves as the Director of Development, and his responsibilities include the oversight of fundraising efforts, merchandise and social media. 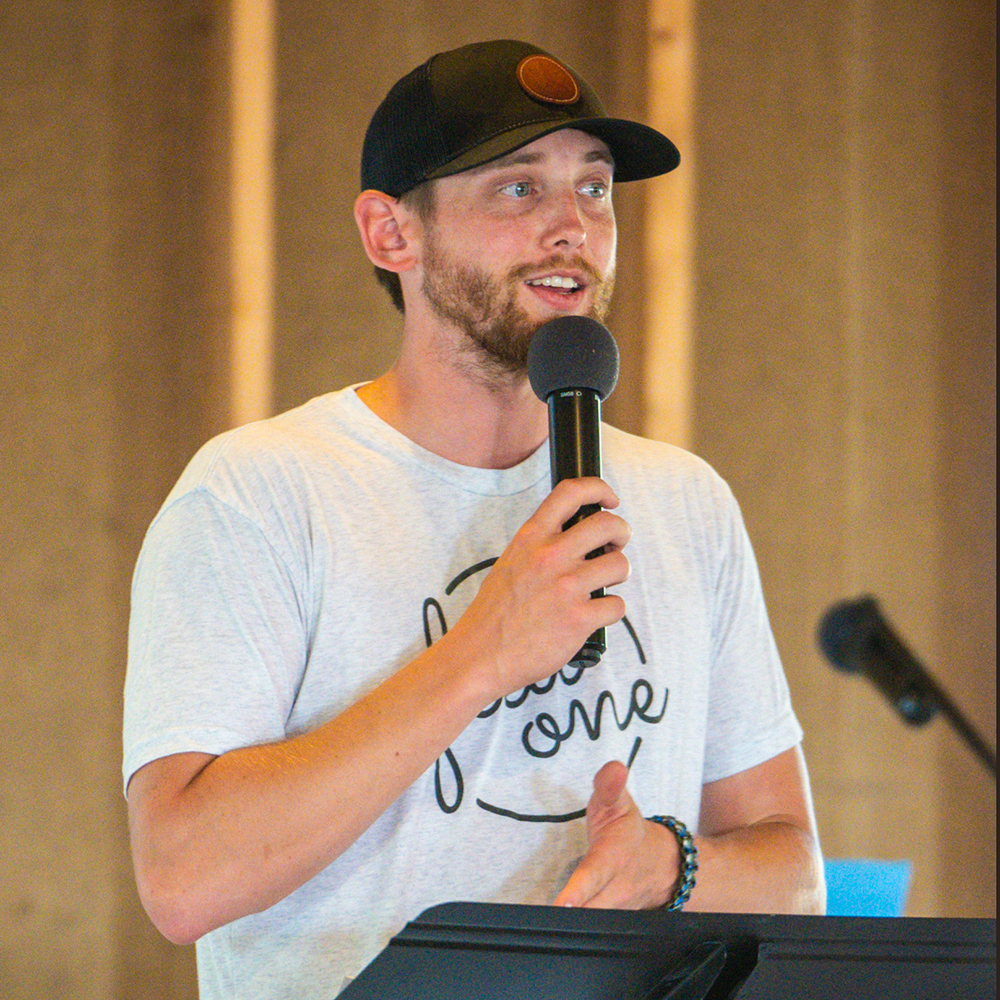 Stephen was born in Bismarck, N.D. and attended Bismarck High School. He enrolled at North Dakota State University in the fall of 2009. During his time at NDSU, he became very involved in Chi Alpha, a campus ministry. He received his bachelor’s degree in Public Relations and Advertising with a minor in Management Communication in the spring of 2013.

Following a year of serving as a Campus Missionary in Training (CMIT) with Chi Alpha, Stephen became a credentialed minister in the fall of 2014. He served as a campus missionary at NDSU for five years, where he oversaw the CMIT program, created leadership structure, planned and organized events, preached regularly and discipled students. It was here he first met Carson; a student in Chi Alpha. Stephen married his wife, Taylor (Monk), in May of 2015.

In 2018, Stephen served as the co-director of the inaugural Camp Conquerors in North Dakota. He joined the AO1 Foundation as the Director of Operations and Events in May of 2019 with responsibilities that include planning events, providing ministry oversight, overseeing organizational structure and communicating the mission of the AO1 Foundation. 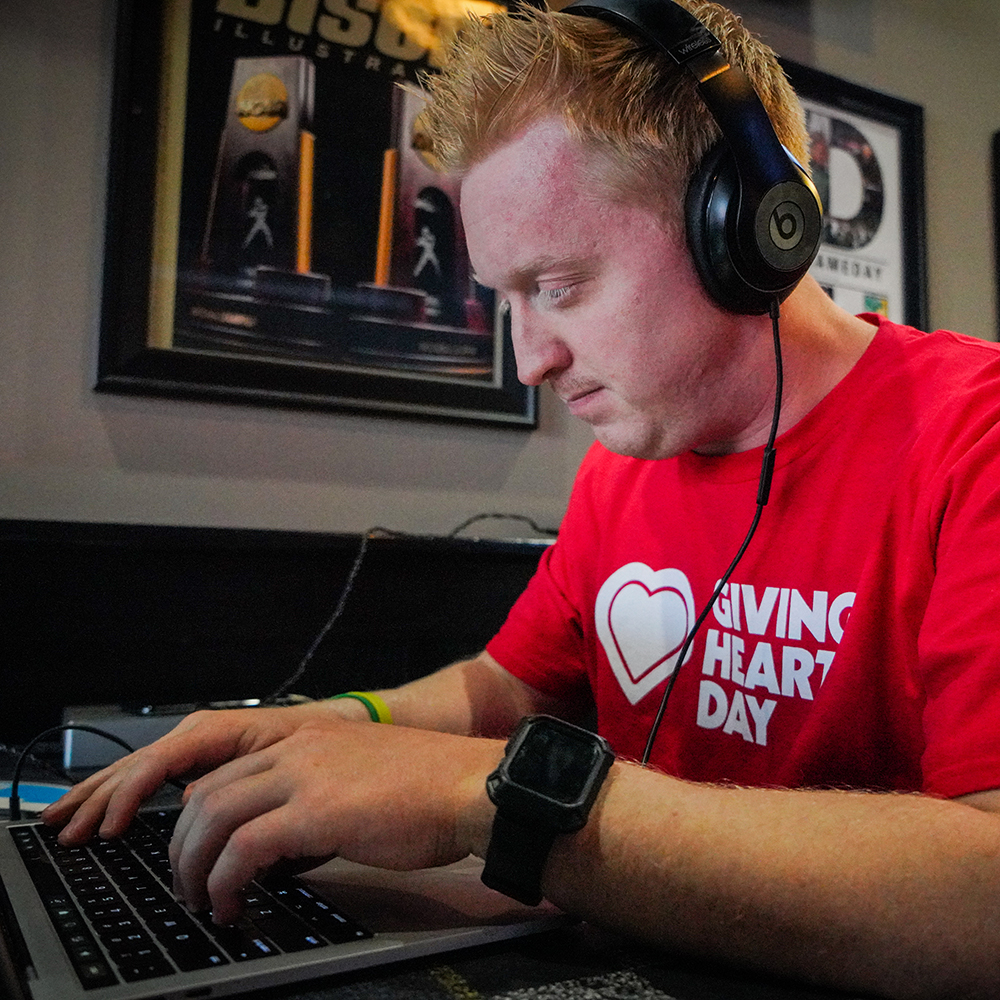 “Consider it pure joy, my brothers and sisters, whenever you face trials of many kinds, because you know that the testing of your faith produces perseverance.” James 1: 2-3

Born in Roseau, Minn., Ryan’s career began as a play-by-play announcer for Wild 102 Radio during his final year at Roseau High School. He enrolled at North Dakota State University in the fall of 2009, where he continued his passion for broadcasting as a member of the Bison Information Network, serving two years as General Manager. Ryan was a part-time sports reporter and anchor for Valley News Live in Fargo before securing a multimedia internship with the NDSU Athletic Department. He graduated with a degree in Journalism, Broadcasting & Mass Communication in the spring of 2013.

Upon graduation, Ryan was a Multimedia Graduate Assistant with NDSU Athletics for one year before becoming the Multimedia Coordinator in the fall of 2014. He met Carson, Zach and Cole during his four years in this position. Ryan transitioned to Discovery Benefits as the Senior Videographer & Motion Graphics Designer before becoming the Creative Media Director for the AO1 Foundation in November of 2018. His role includes maintenance of the foundation website, development of all photo and video content, email marketing, graphic design and media relations. 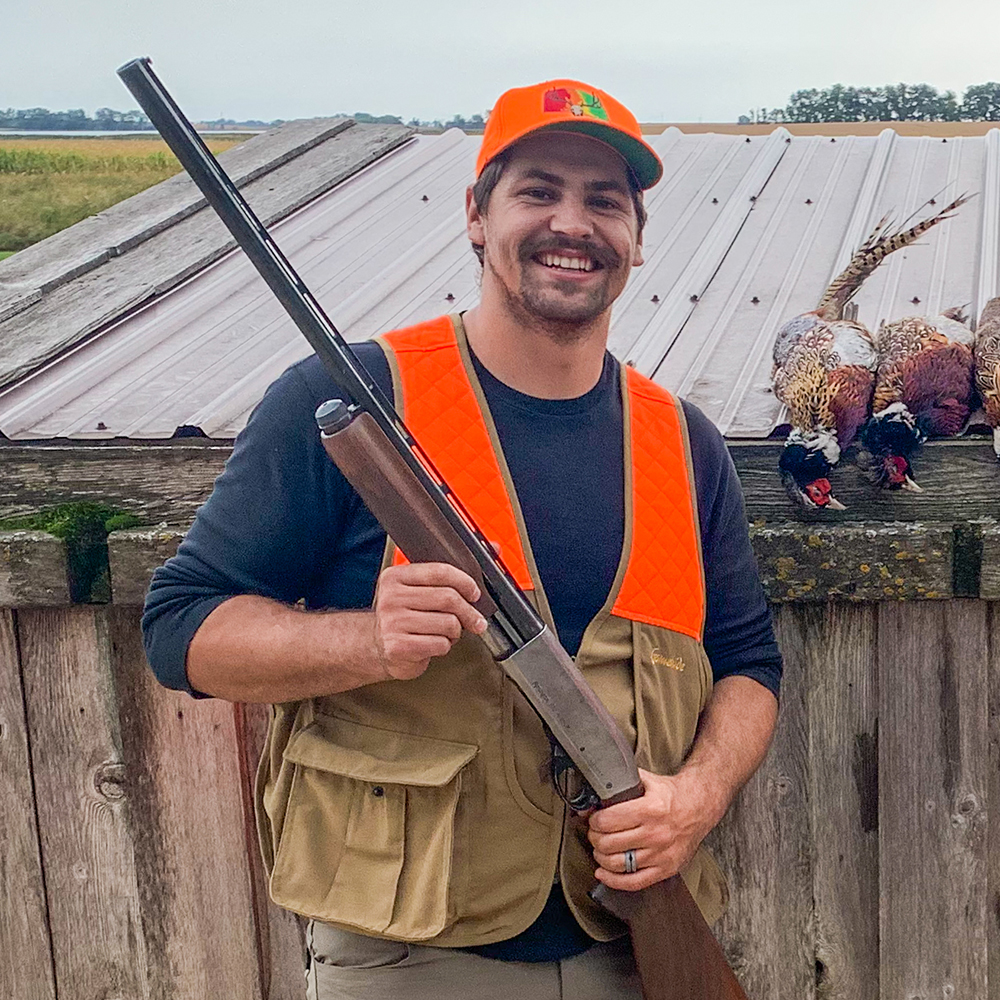 “So do not fear, for I am with you; do not be dismayed, for I am your God. I will strengthen you and help you; I will uphold you with my righteous right hand.” Isaiah 41:10

A native of Steele, N.D., Cole attended Kidder County High School before enrolling at North Dakota State University in the fall of 2014. During his time at NDSU, he became very involved in Chi Alpha, a campus ministry. It is here he met Carson as a fellow student in the program. Cole received his degree in Exercise Science with a minor in Psychology in 2018. Upon graduation, Cole spent a year as a Campus Missionary in Training (CMIT) with Chi Alpha at NDSU.

Cole served as a counselor during the inaugural Camp Conquerors in North Dakota in June of 2018. Following camp, he was invited to participate in the foundation’s Mountain Movers program, attending three hunts in its first year of operation. He married his wife Lexie (Reinhardt) in May of 2019 before accepting a full-time position as the Outdoor Ministry Director of the AO1 Foundation a month later.

Cole is based in North Dakota, and his responsibilities include planning and leading all Mountain Movers trips, directing Camp Conquerors and maintaining long-term relationships with the children and families that participate in the Outdoor Ministry. 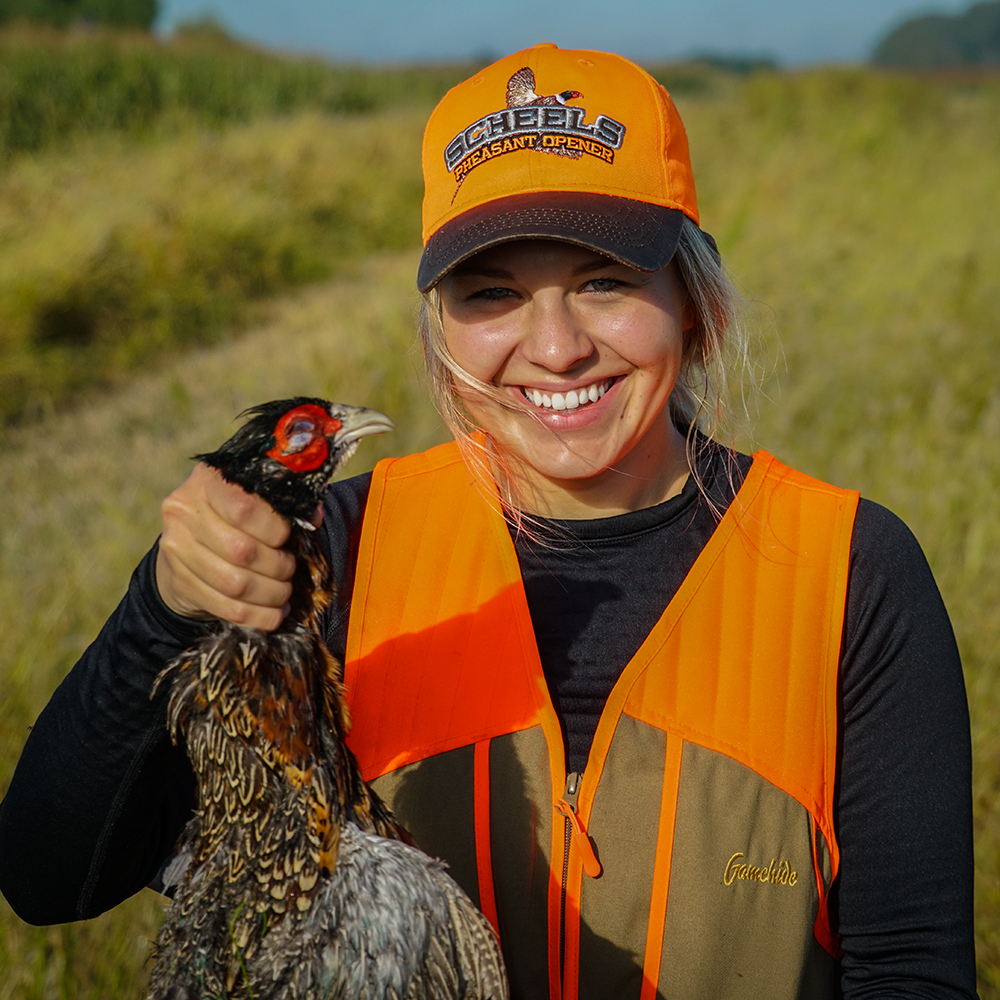 “So do not fear, for I am with you; do not be dismayed, for I am your God. I will strengthen you and help you; I will uphold you with my righteous right hand.” Isaiah 41:10

Lexie (Reinhardt) attended Century High School in her hometown of Bismarck, N.D. before enrolling at North Dakota State University in the fall of 2015. She received her bachelor’s degree in Exercise Science in 2019.

As an active member of Chi Alpha, a campus ministry, Lexie met Cole Scherbenske, who now serves as our Outdoor Ministry Director. The couple was married in the summer of 2019.

Before joining the AO1 Foundation on a part-time basis, Lexie served as the lead female counselor at Camp Conquerors and led ministry for several Mountain Movers trips. She has a passion for Jesus, the outdoors and mentoring girls.

Lexie is based in North Dakota, and her responsibilities include fostering growth in the GUIDE program, assisting with Mountain Mover trips, enhancing Camp Conquerors, improving family experiences at Family Night and bettering the operations of the Outdoor Ministry. 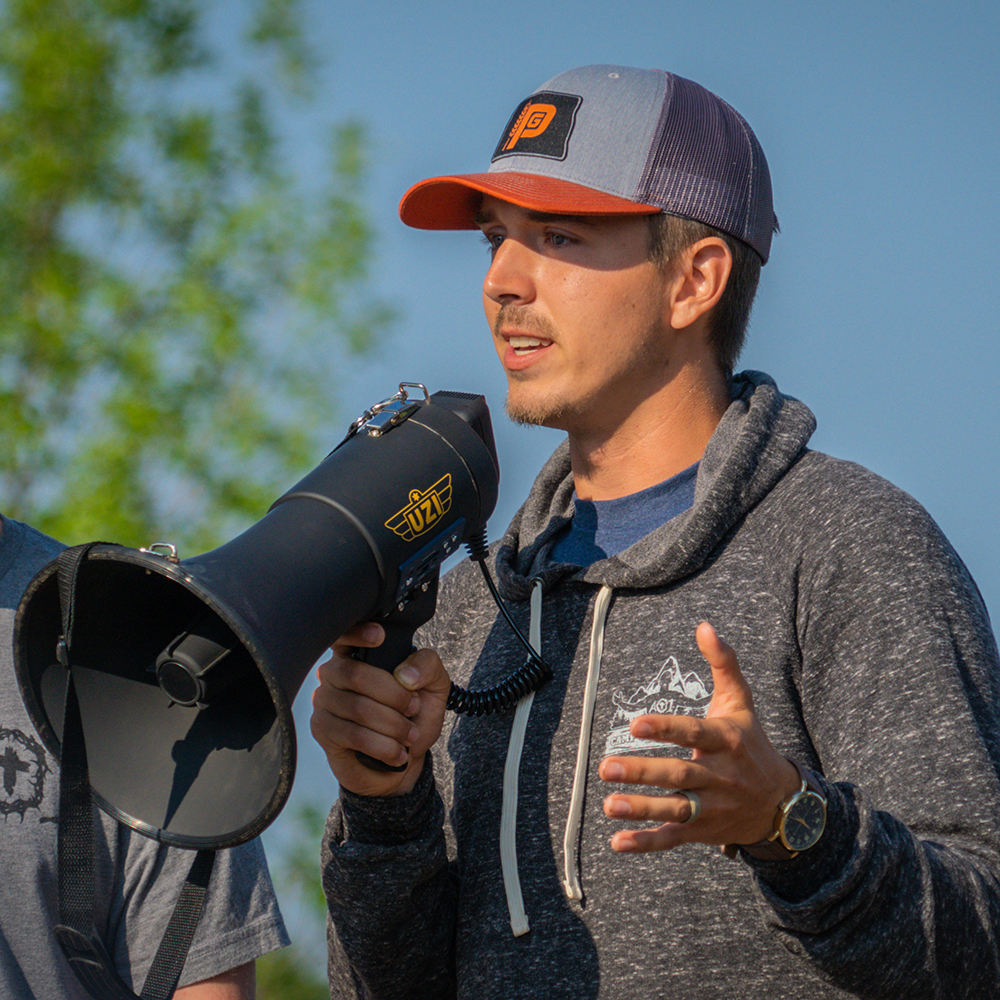 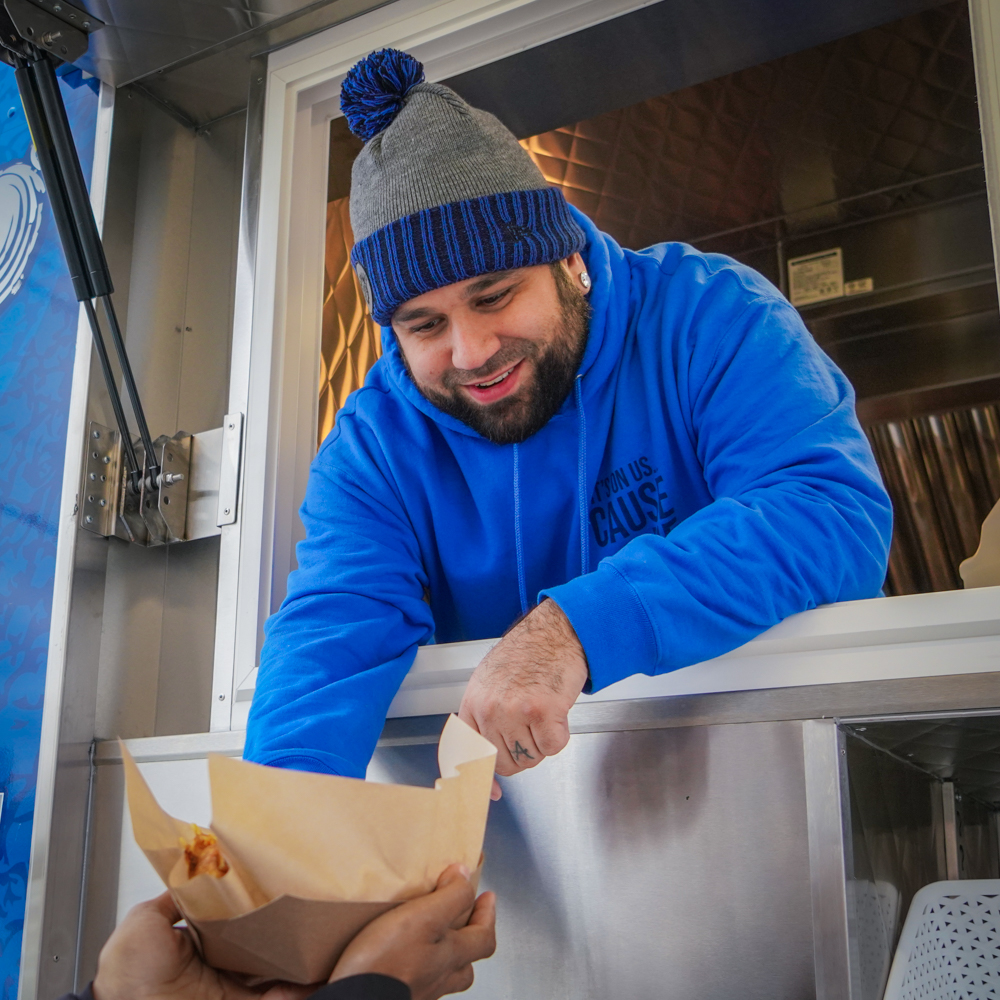 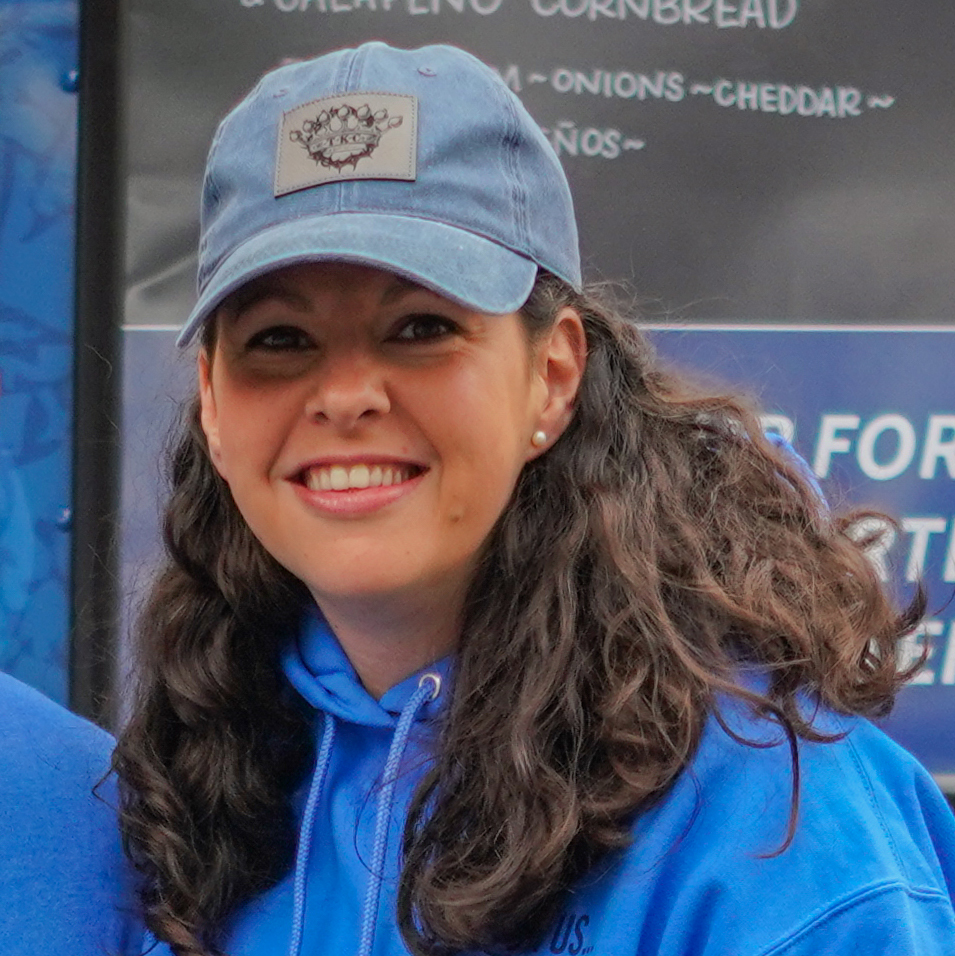 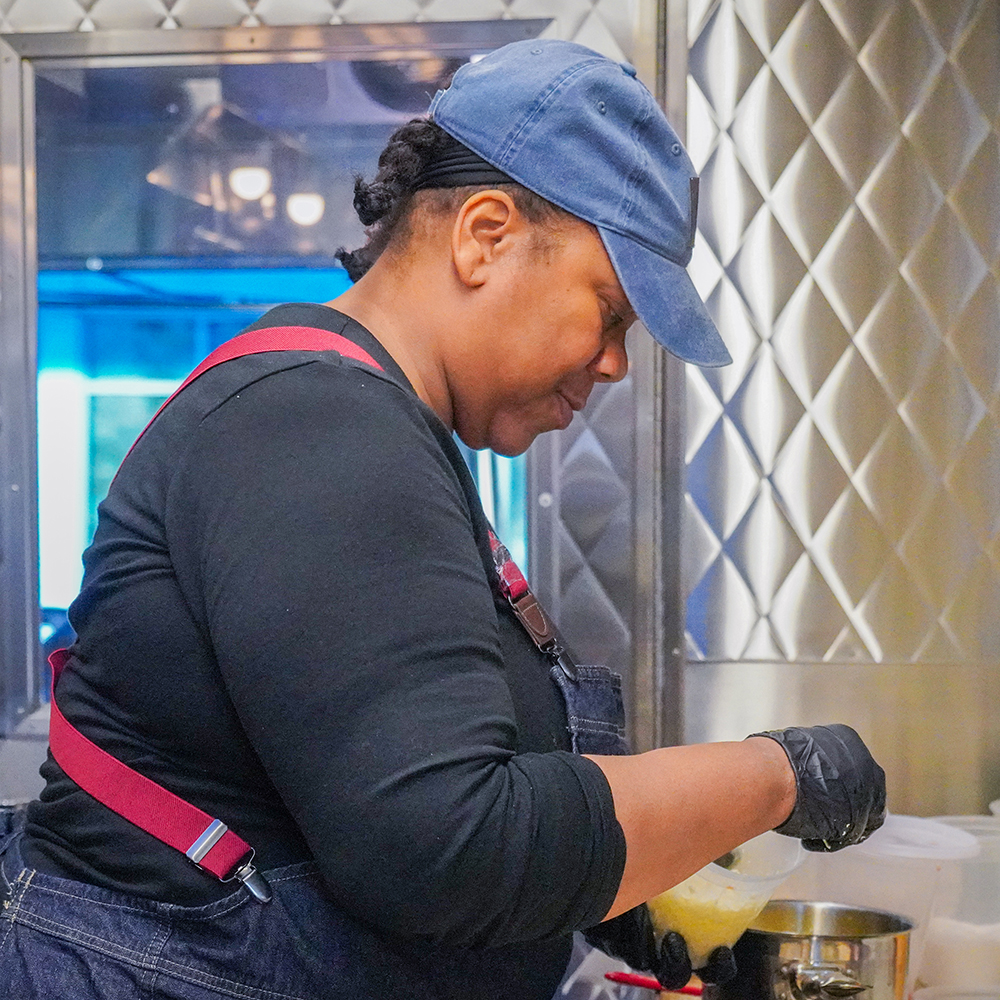 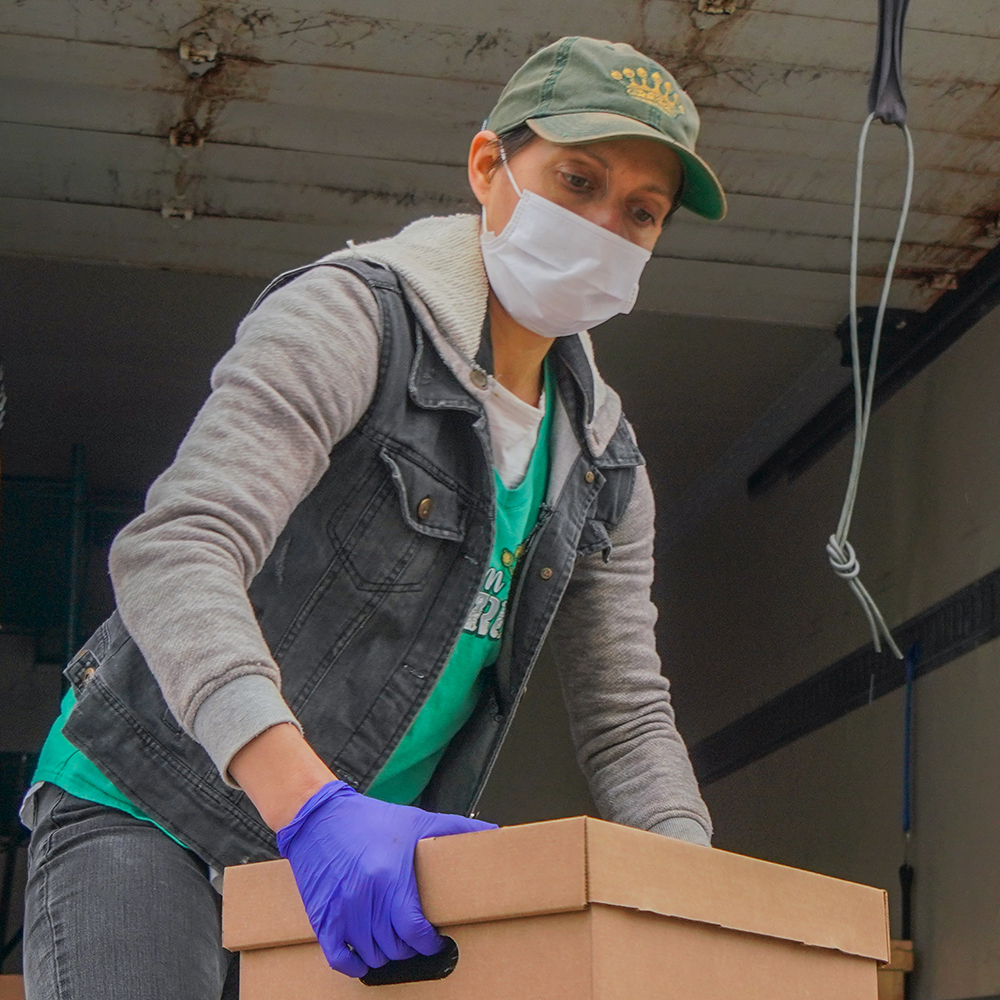 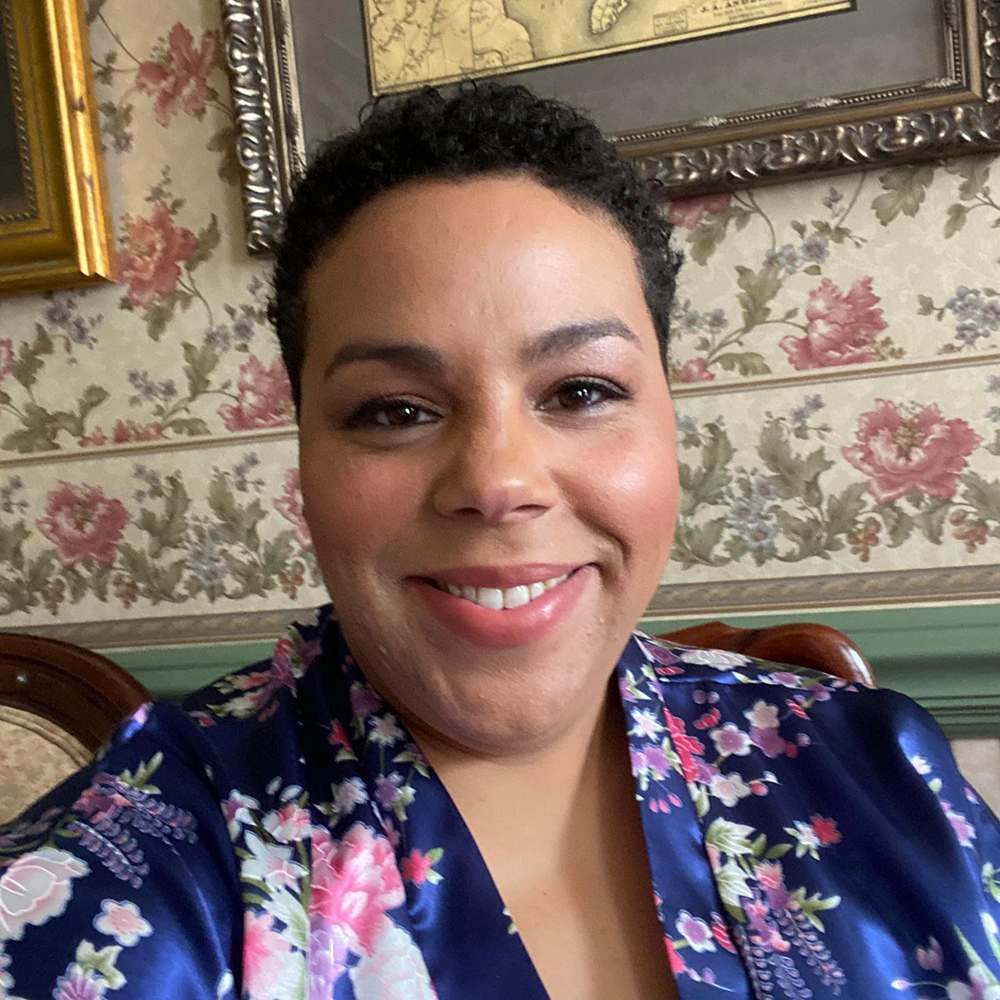 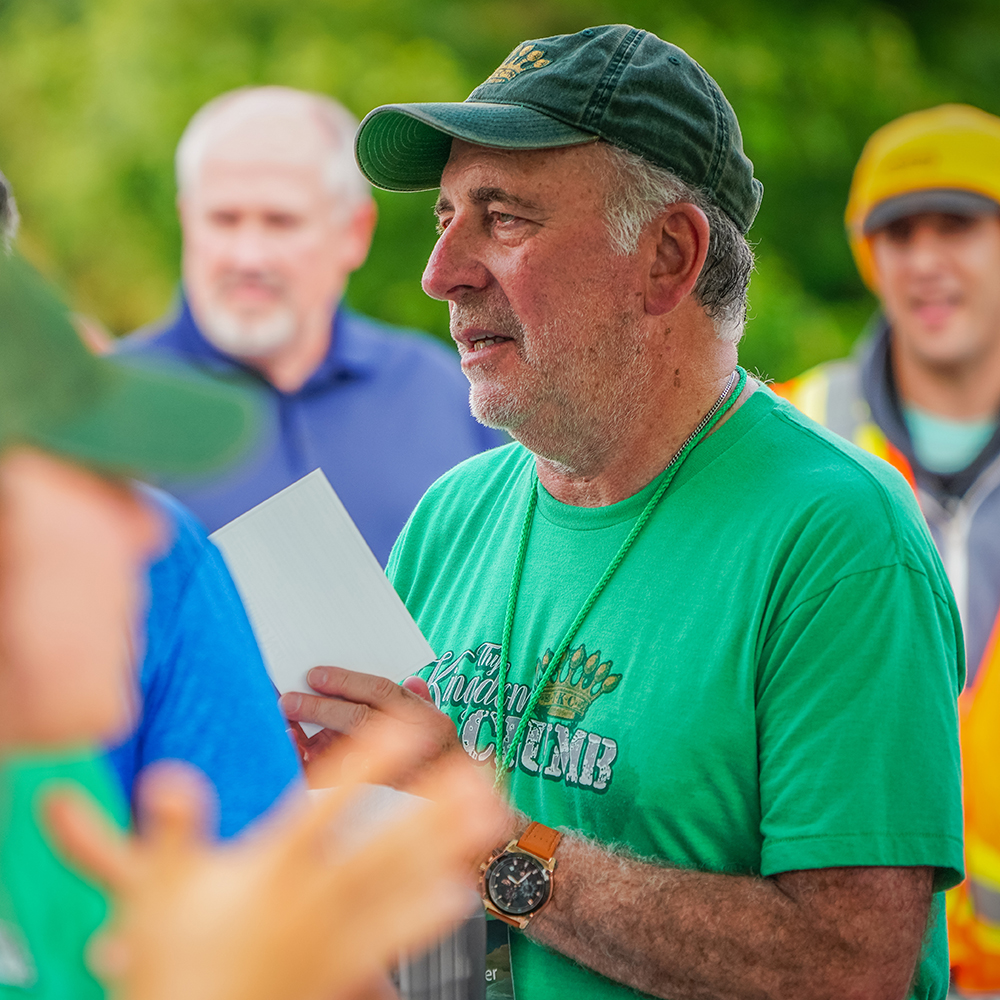 “For by grace you have been saved through faith. And this is not your own doing; it is the gift of God, not a result of works, so that no one may boast.” Ephesians 2: 8-9 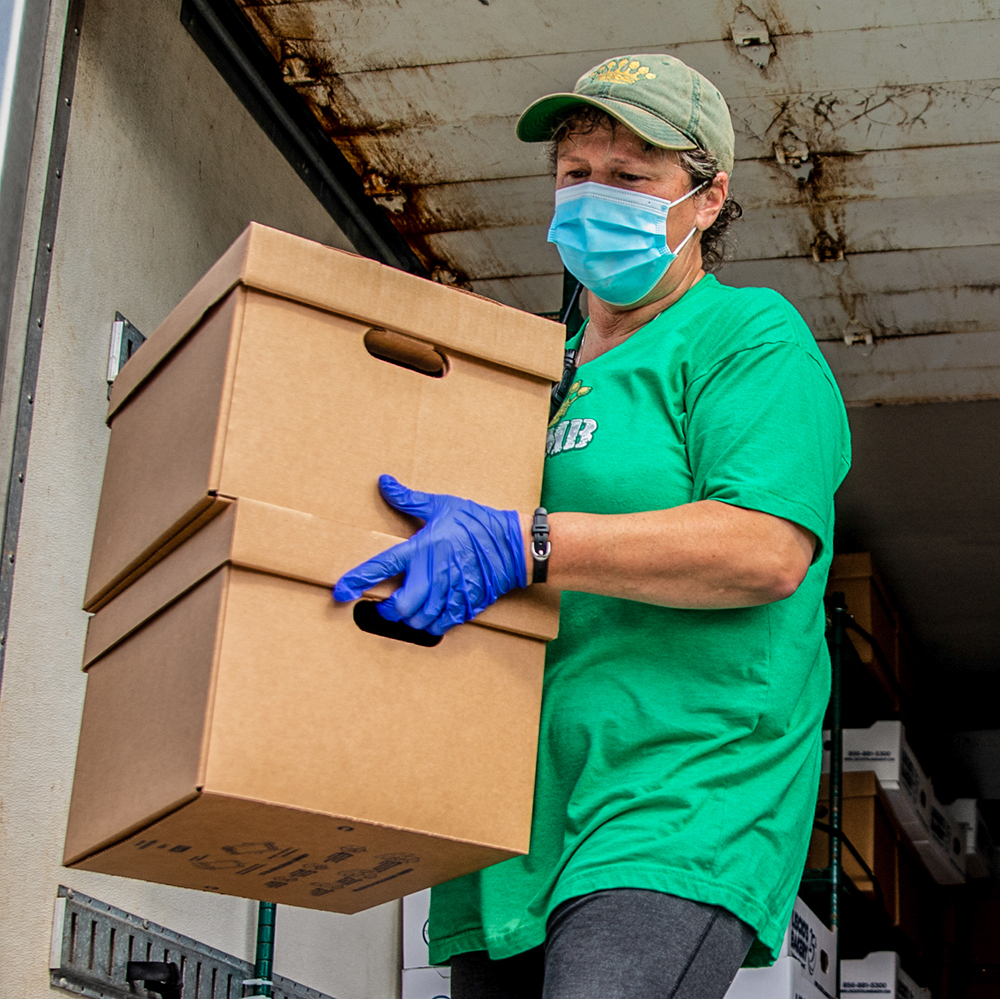 “For he satisfieth the longing soul, and filleth the hungry soul with goodness.” Psalm 107:9 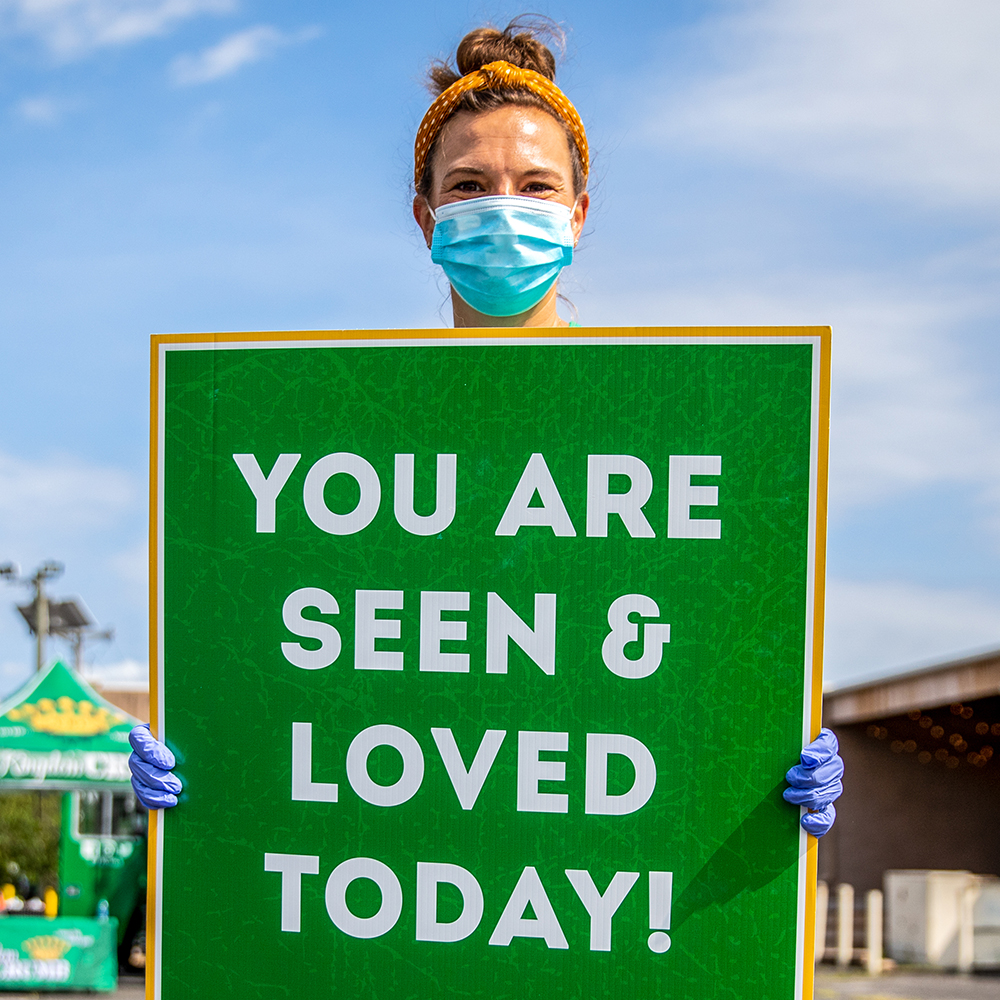 “Do not be anxious about anything, but in every situation, by prayer and petition, with thanksgiving, present your requests to God. And the peace of God, which transcends all understanding, will guard your hearts and your minds in Christ Jesus.” Philippians 4: 6-7