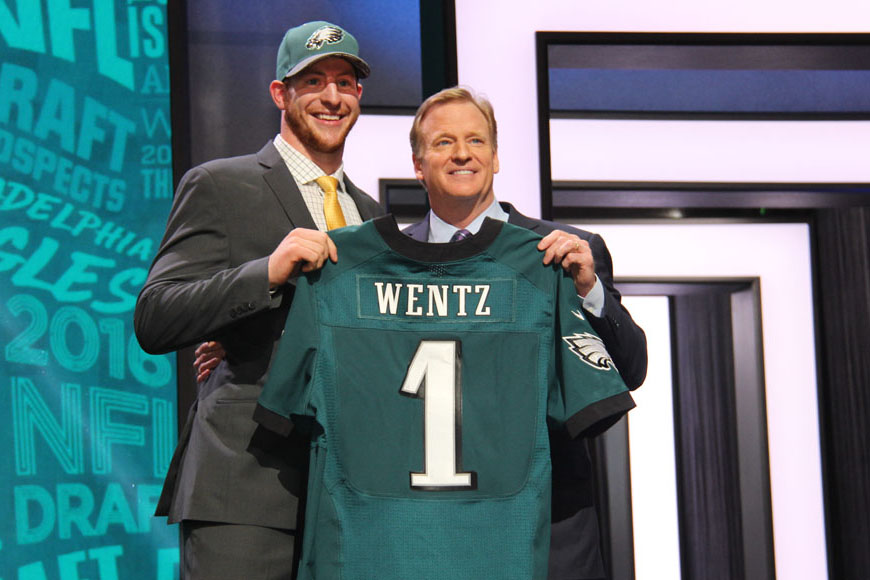 Carson was drafted by the Philadelphia Eagles with the second-overall pick in the 2016 NFL Draft. 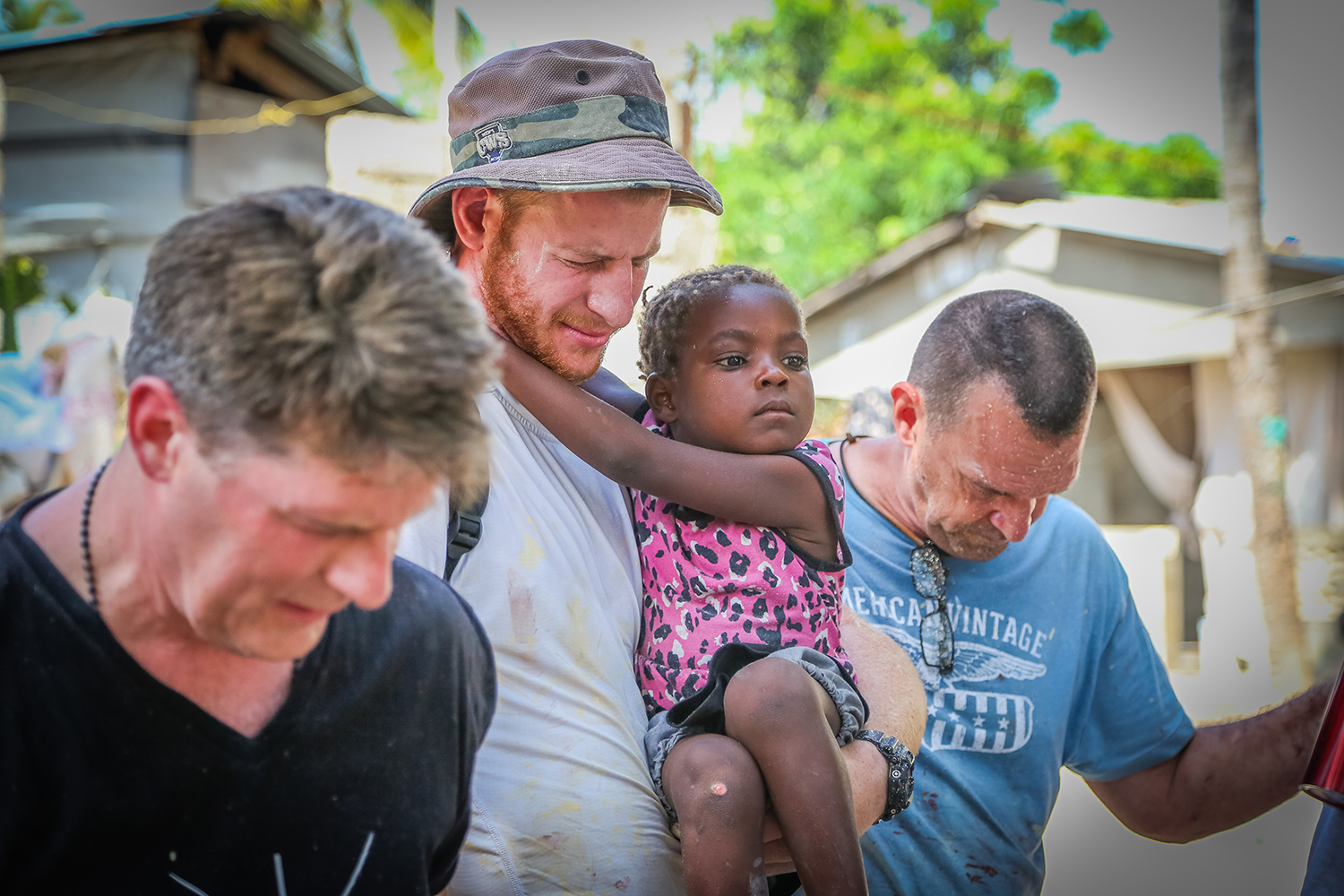 Carson took his first mission trip to Haiti where he met his wife, Madison. 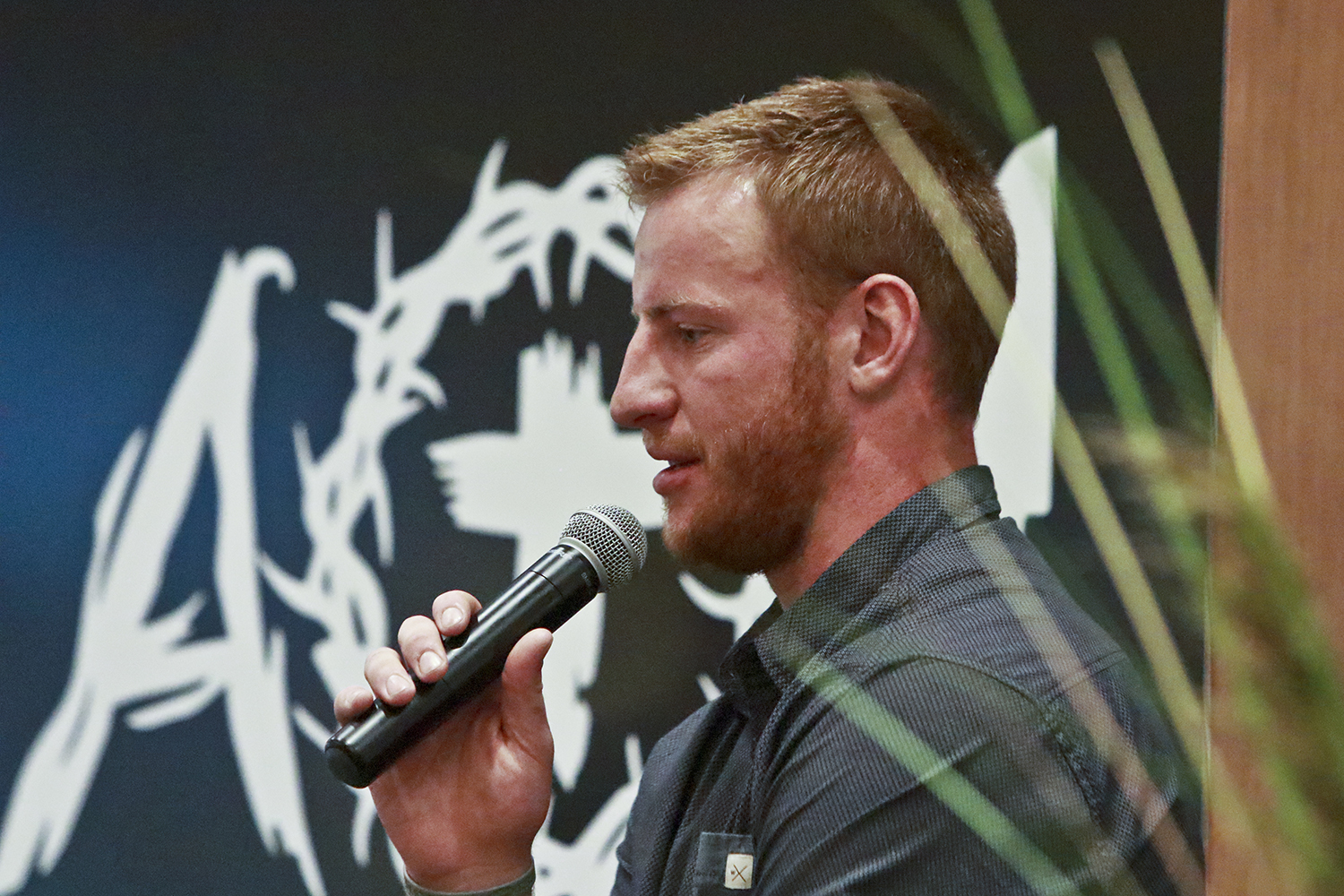 The AO1 Foundation was launched at the inaugural AO1 Experience at Oxbow Country Club in Fargo, N.D. 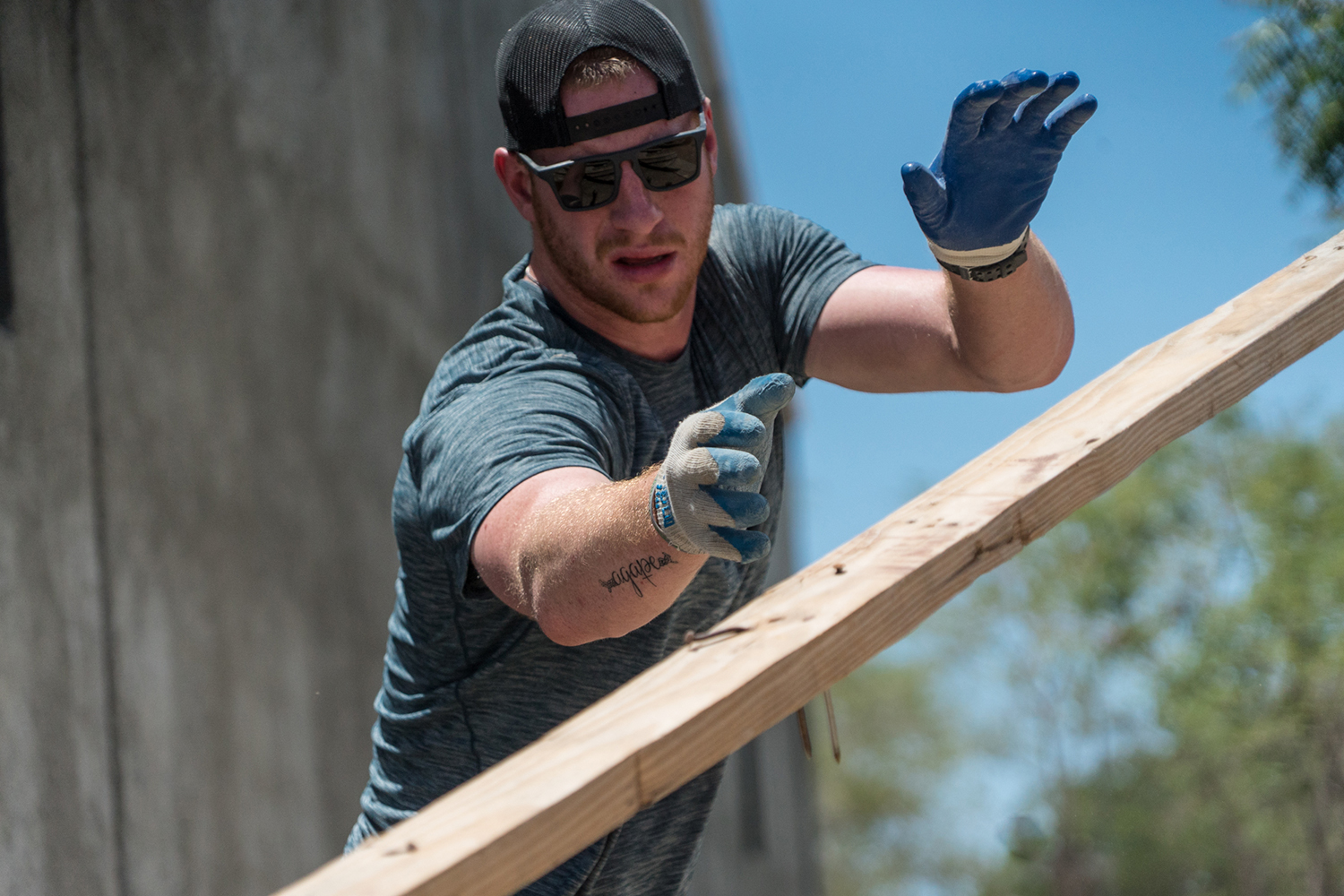 The AO1 Foundation partnered with Mission of Hope to begin construction of the Haiti Sports Complex. 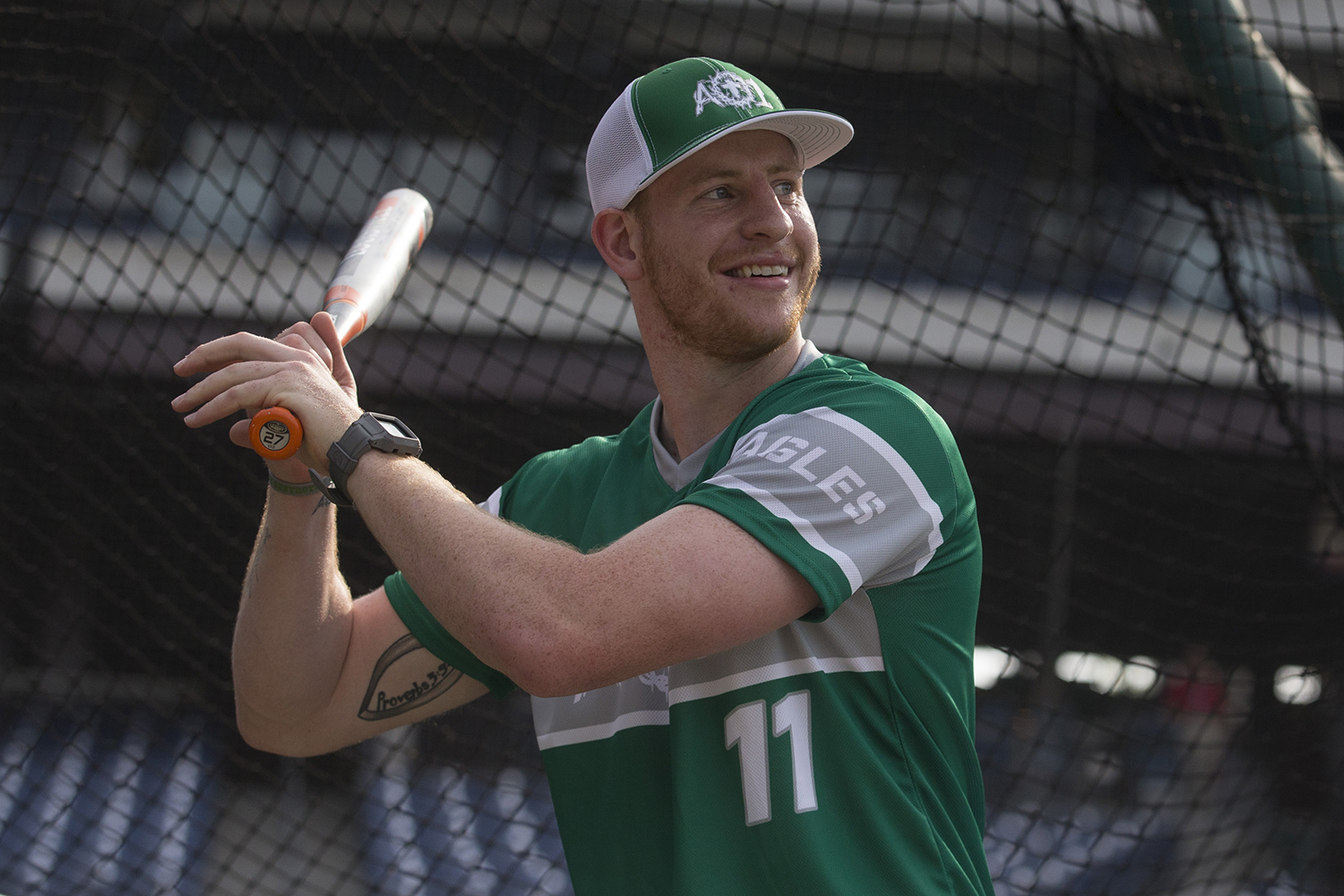 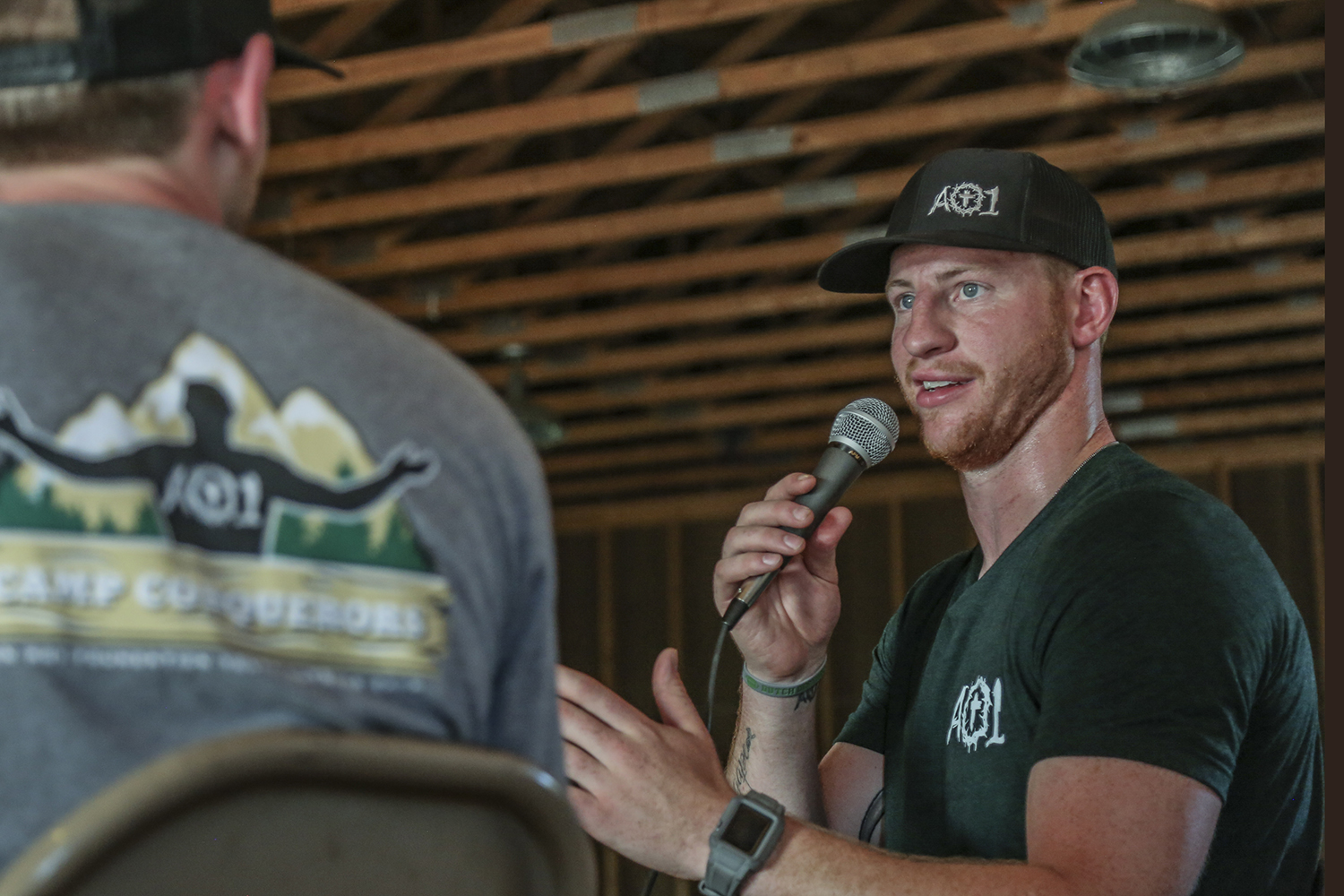 The first Camp Conquerors was held at Triangle Y Camp near Garrison, N.D. 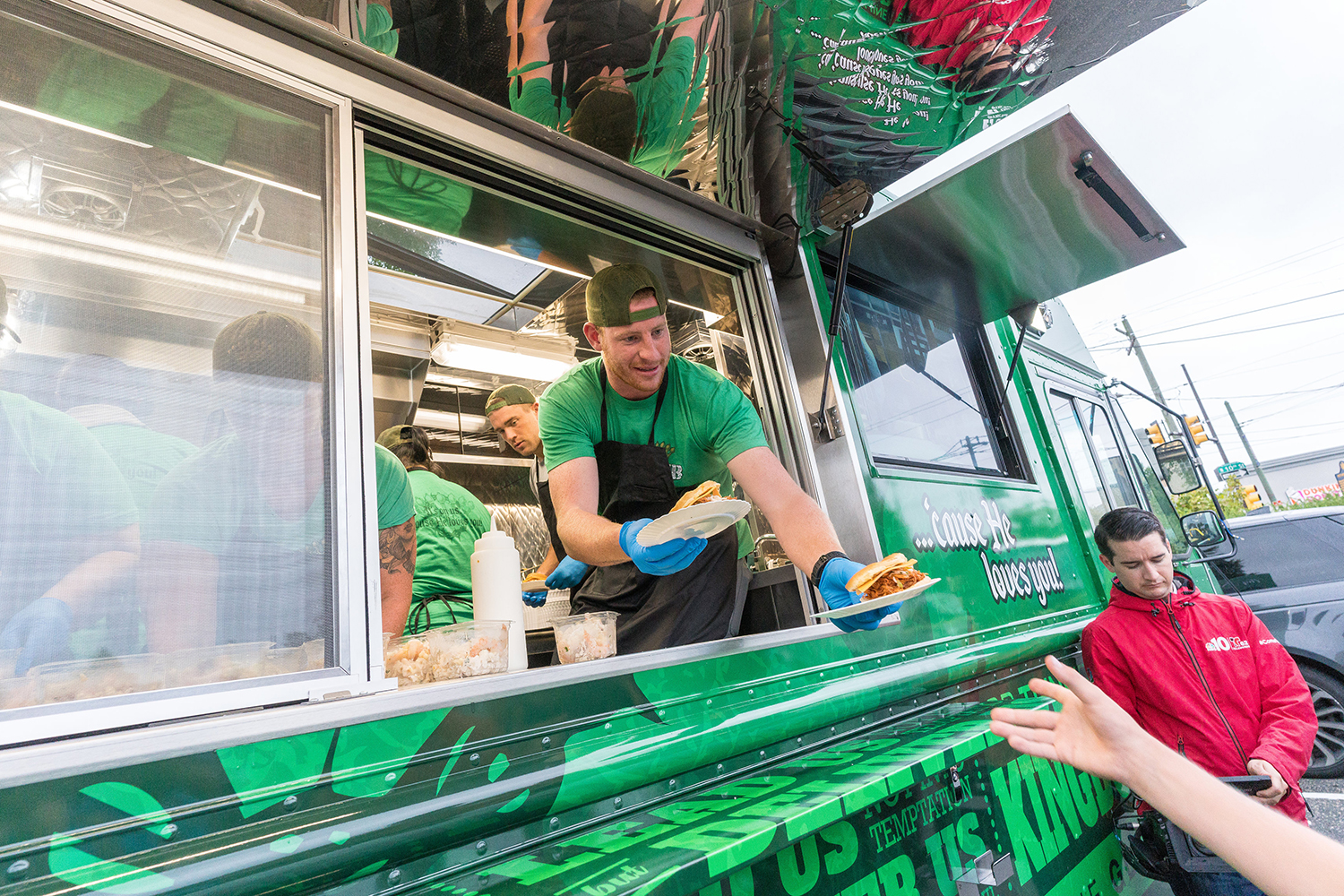 After being unveiled at the Charity Softball Game, Thy Kingdom Crumb began its operation in Philadelphia. 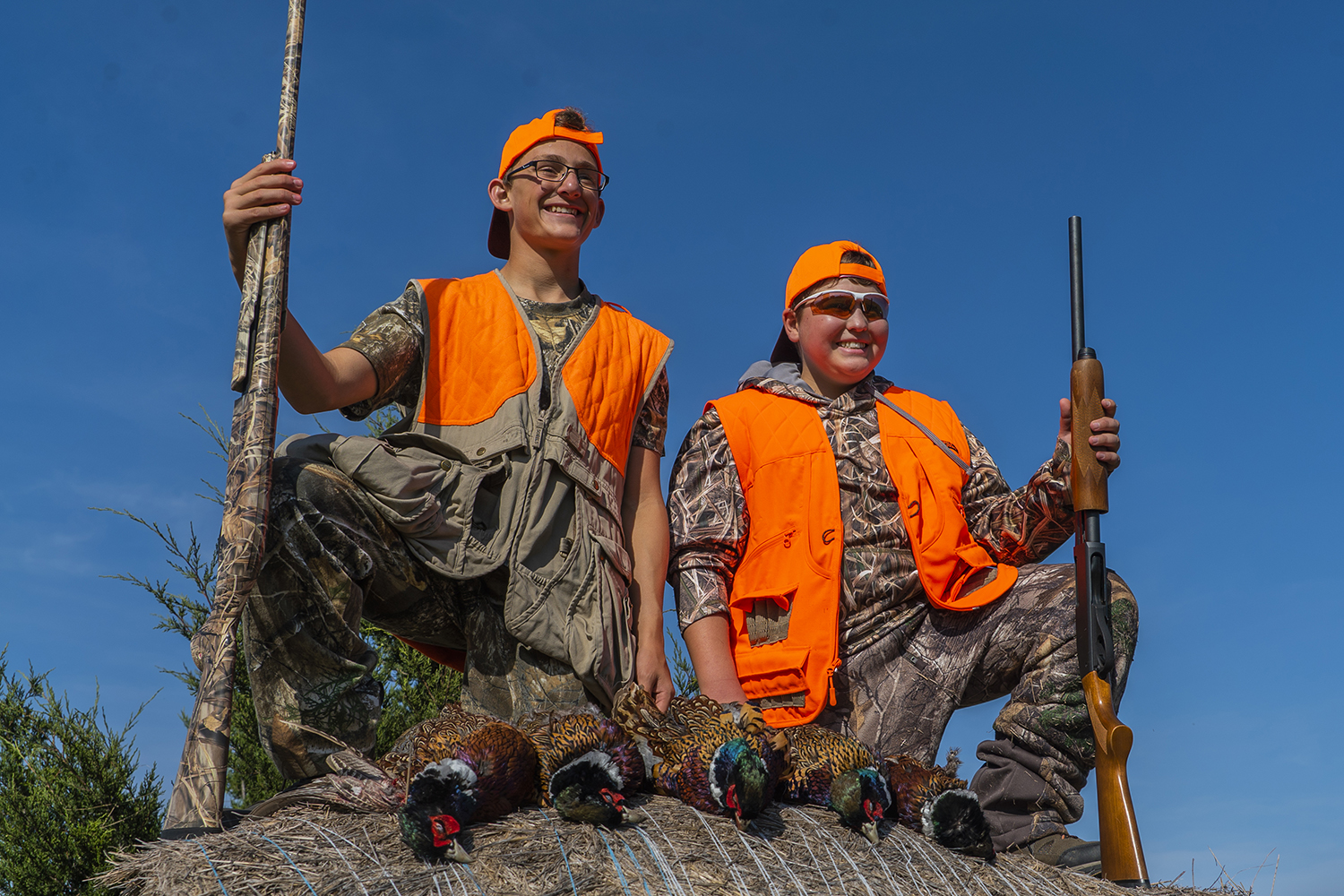 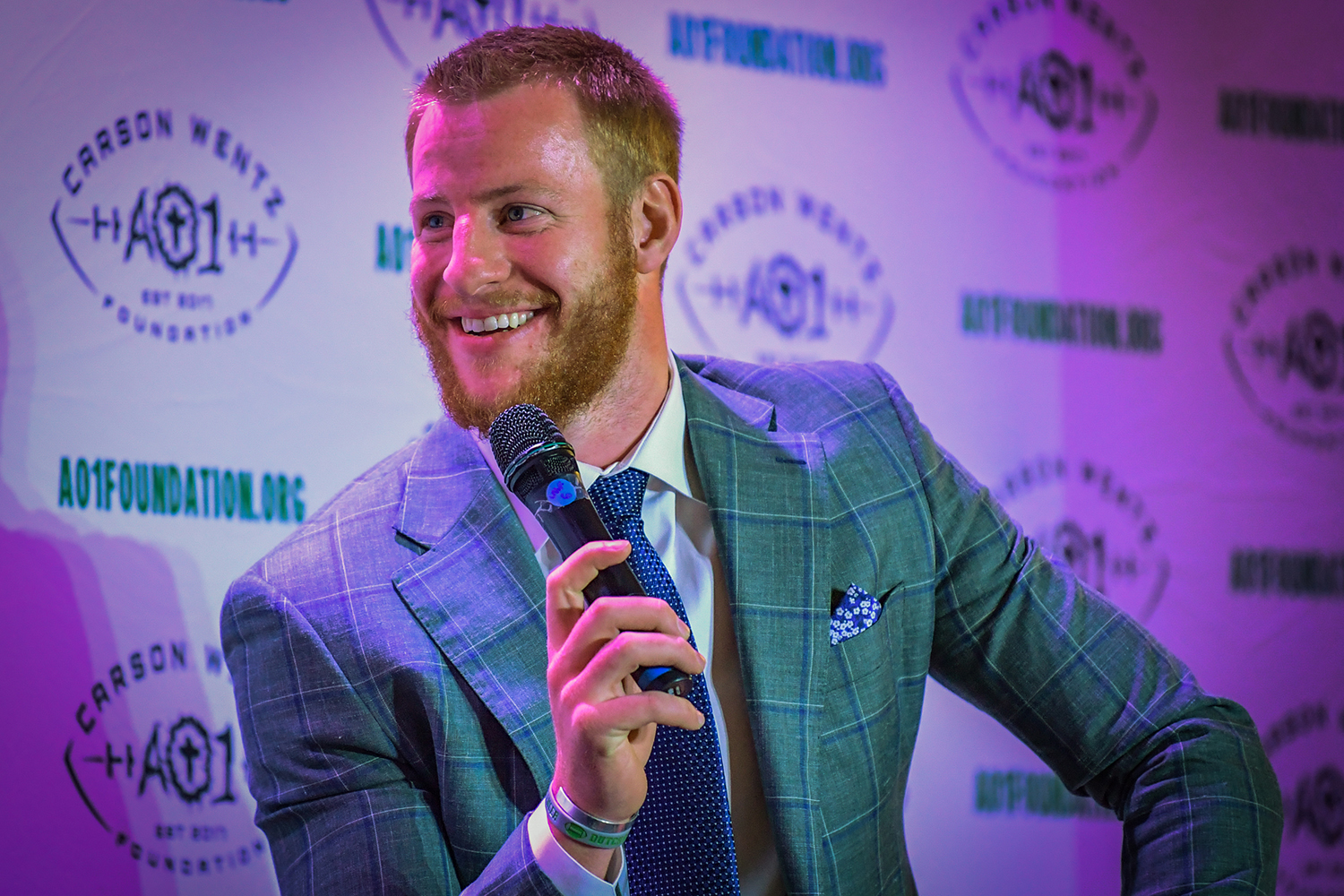 The first AO1 Experience: Philadelphia raised more than $125,000 for Thy Kingdom Crumb. 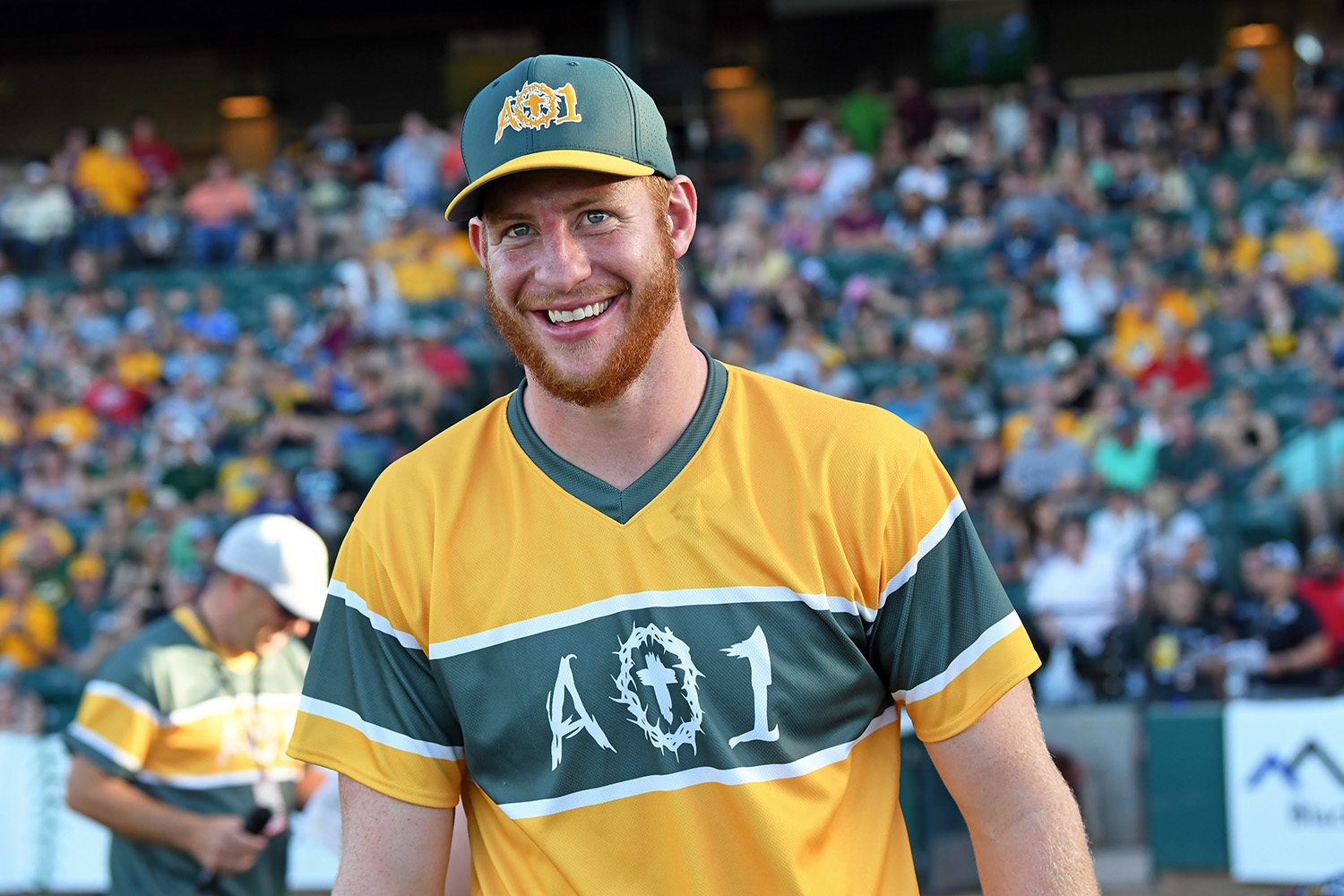 The first charity Softball Game in North Dakota was held at Newman Outdoor Field in Fargo. 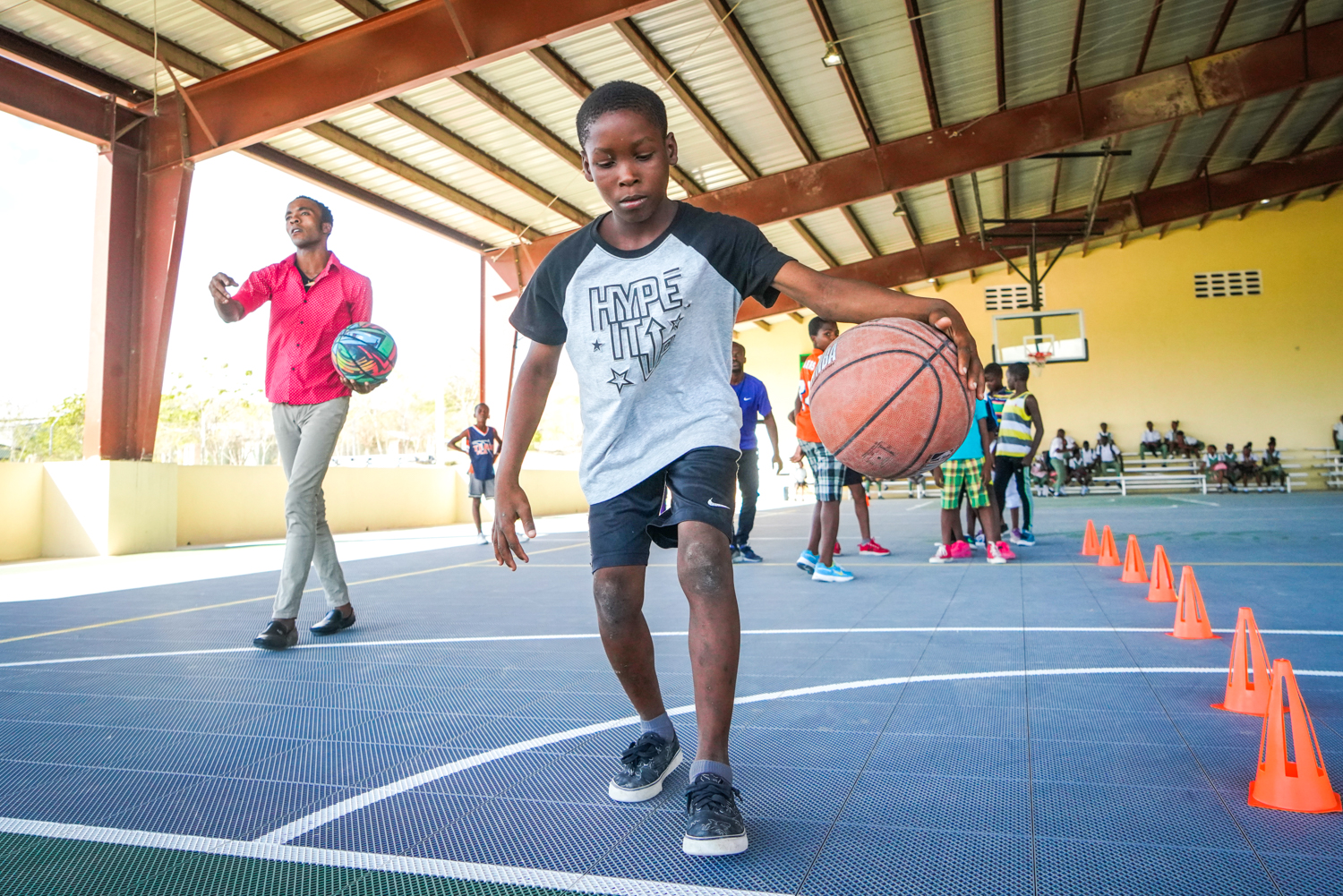 Construction of Phase I of the Haiti Sports Complex was completed and the multipurpose building was opened. 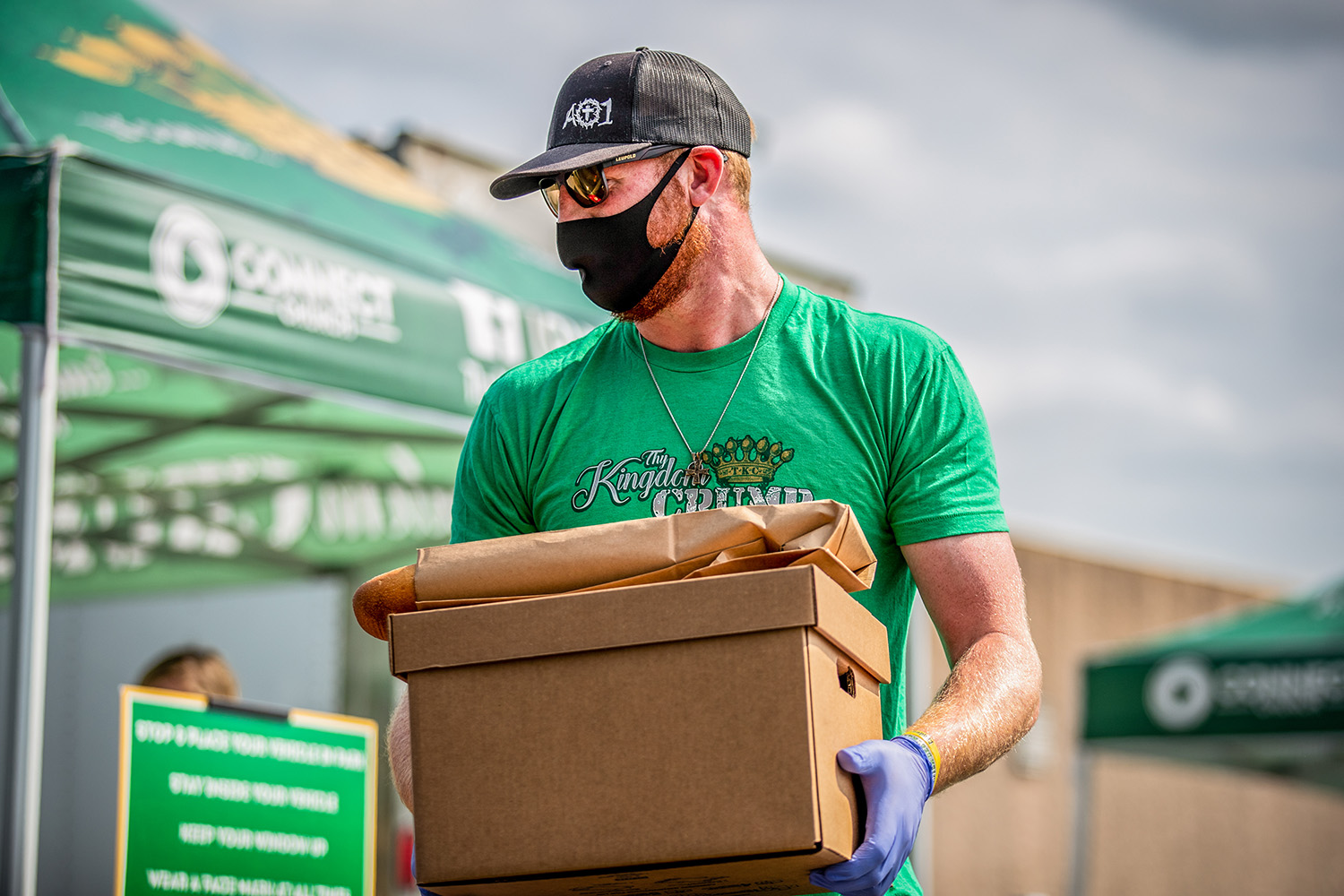 Thy Kingdom Crumb began its Love From The Crumb initiative in response to the COVID-19 pandemic. 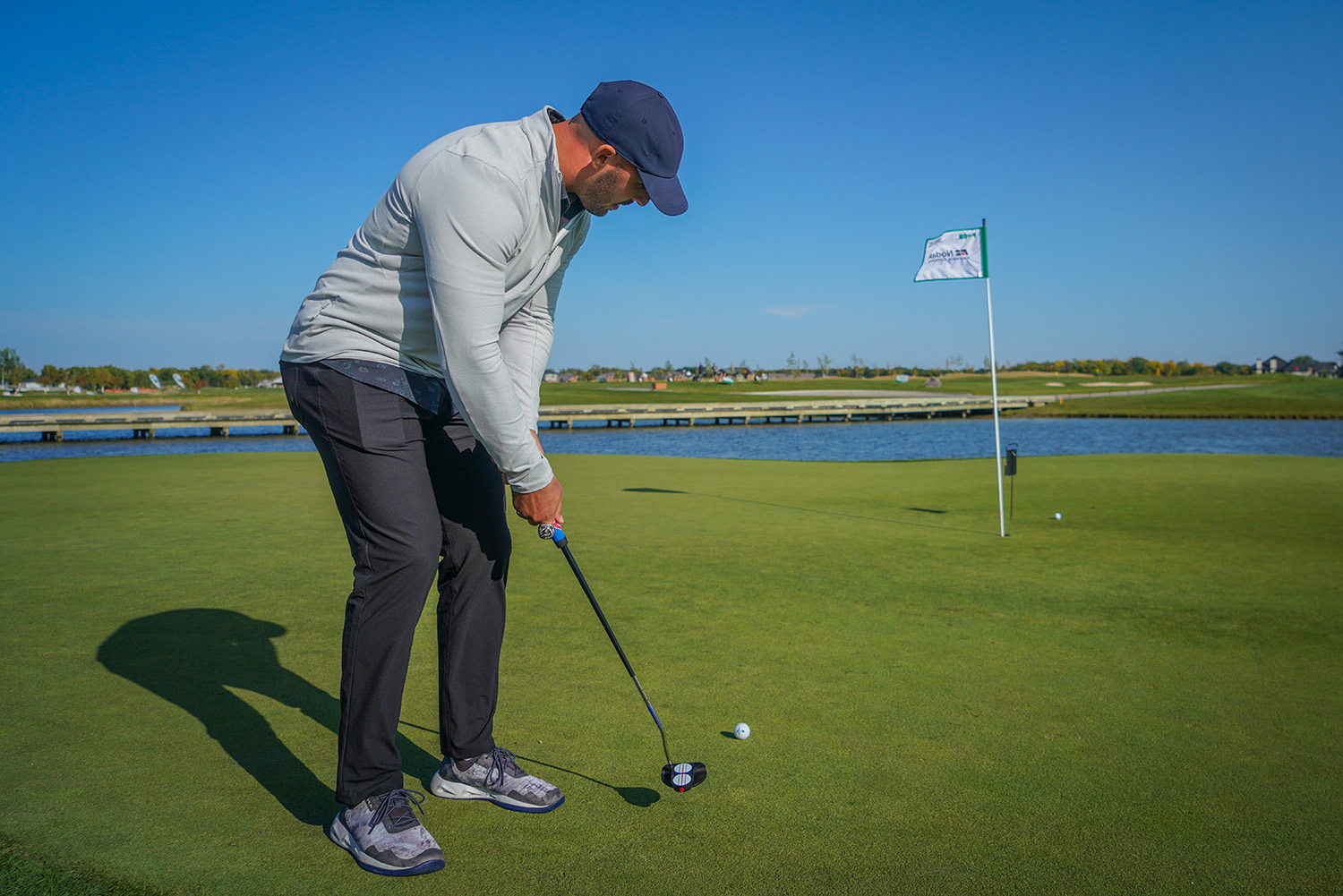 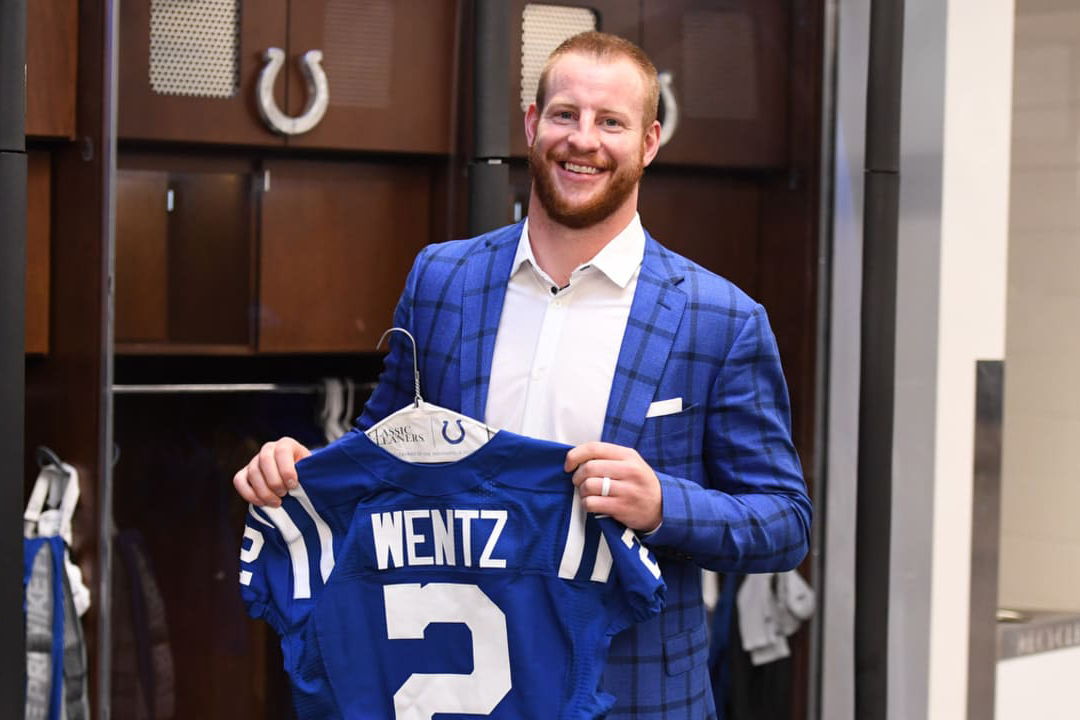 Carson was traded to the Indianapolis Colts and the AO1 Foundation relocated its headquarters. 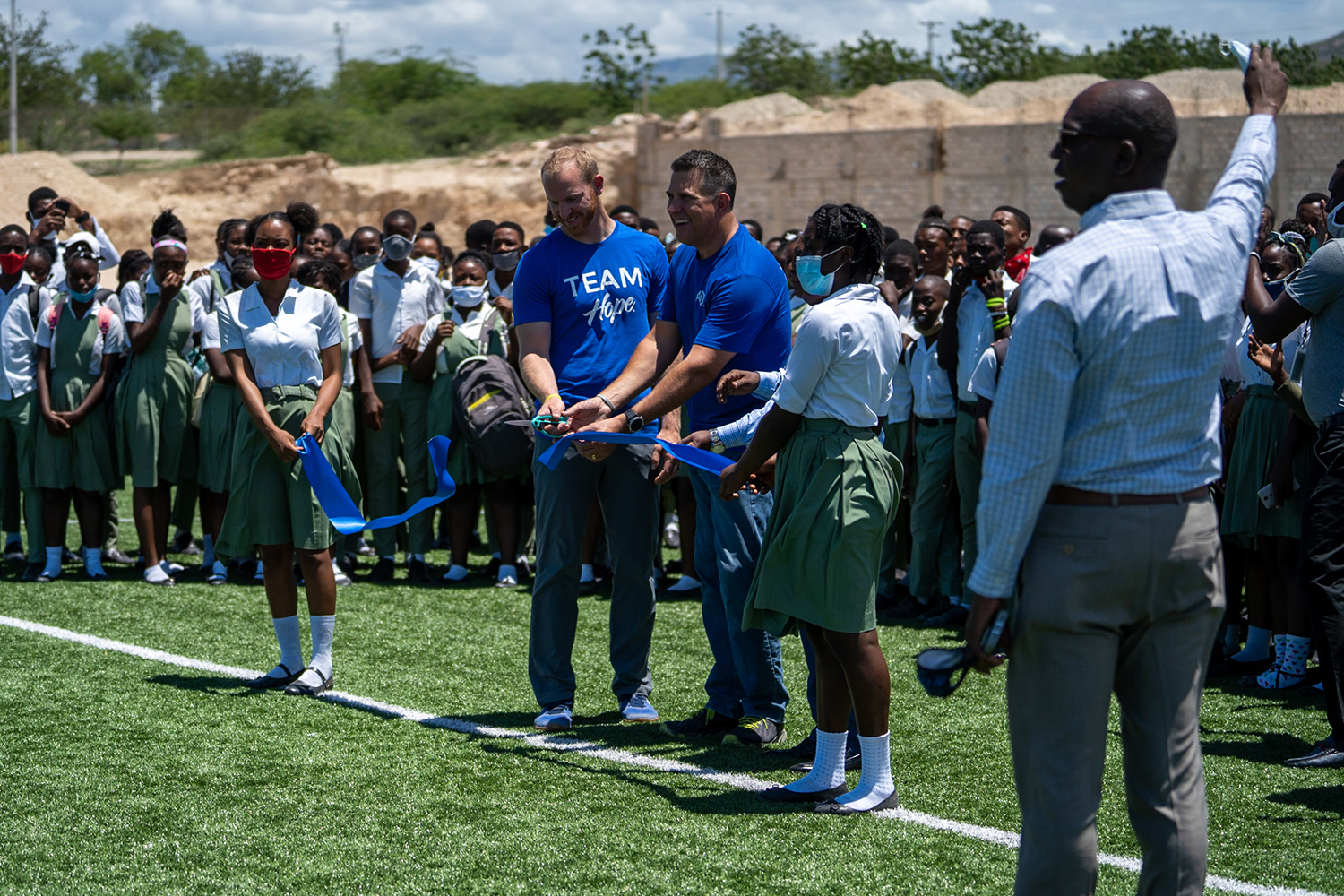 Construction of the Haiti Sports Complex was completed and the entire facility was opened at a ribbon cutting ceremony. 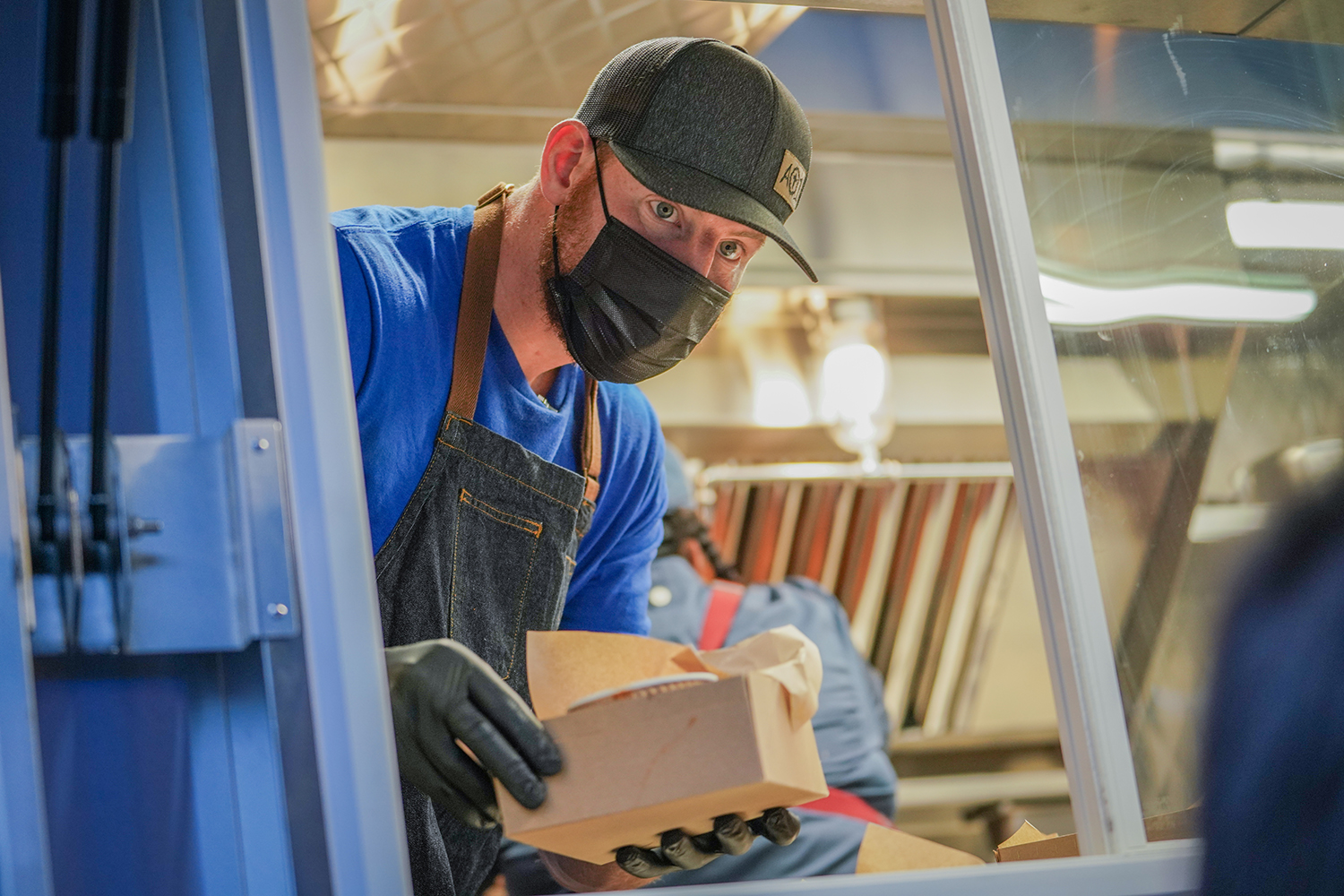 After expanding to Indianapolis, Thy Kingdom Crumb began serving the community. 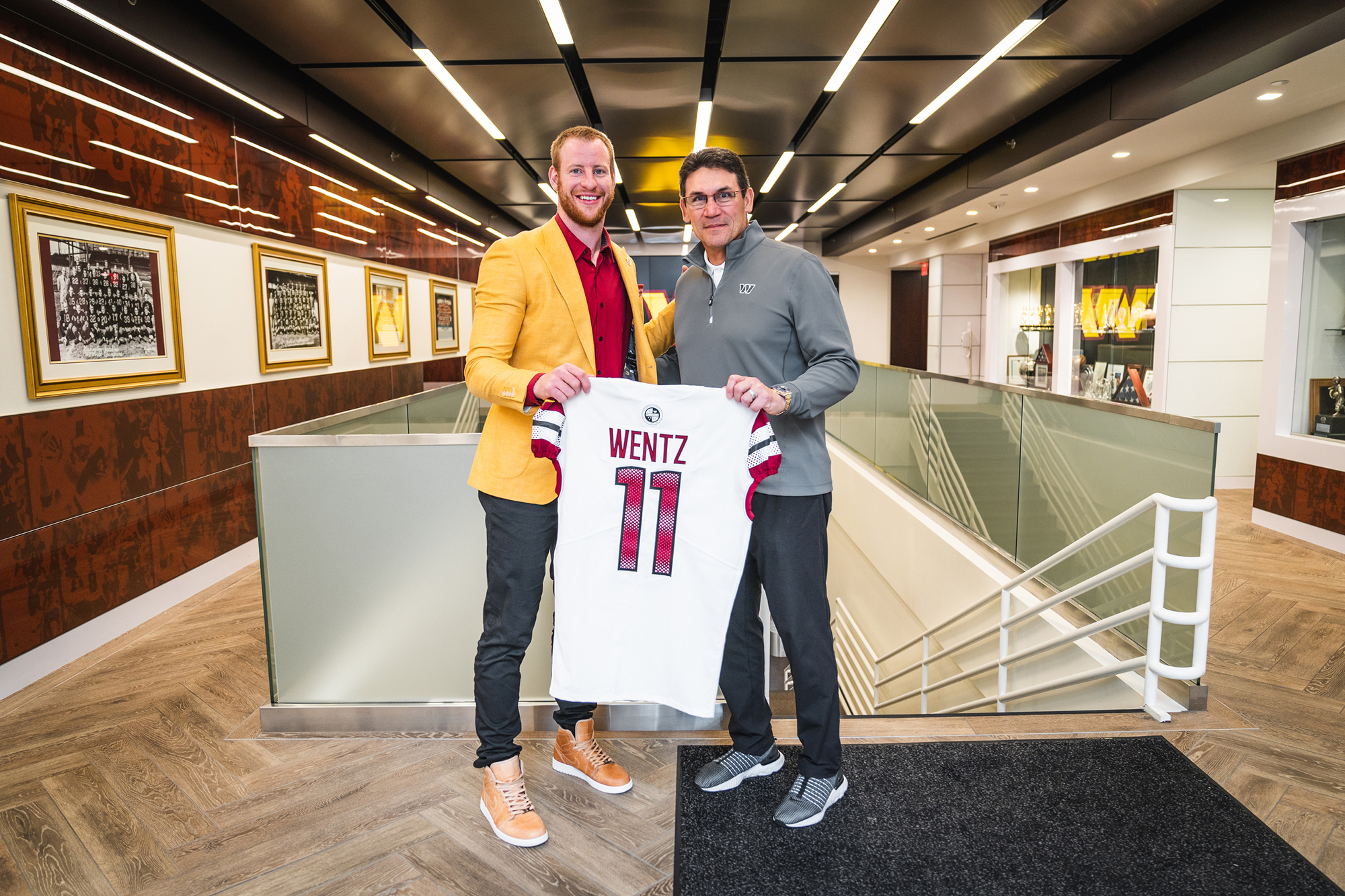 Carson was traded to the Washington Commanders. 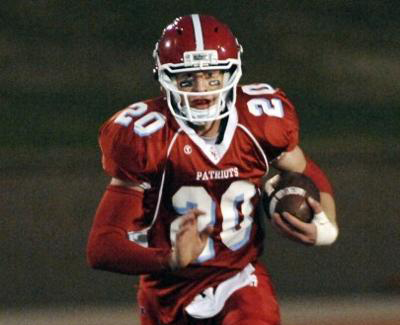 Long before he was the two-time MVP of the FCS Championship and the second-overall pick by the Philadelphia Eagles in the 2016 NFL Draft, Carson Wentz was born in Raleigh, N.C. before moving to Bismarck, N.D., where he grew up.

He attended Century High School where he was class valedictorian and a decorated three-sport athlete. Following graduation, Carson received a scholarship to continue his education and play football at North Dakota State University.

At NDSU his faith grew immensely. That process began during a fall practice his freshman year: a moment he remembers vividly to this day.

“My head was spinning. I had just learned a new language during install meetings, and Dante (Dante Perez—senior quarterback at the time) says, ‘Hey, ever read the Bible?’ I’m like, ‘We’re at football practice, not right now.’ Then we started talking, and ended up meeting. He kind of mentored me in my faith for about a year. Dante was huge, I owe him a lot.”

Like all of his passions, Carson quickly dug in and wanted to learn more. He became an active member of the team bible study, regular attendee of church and shared his testimony with many at North Dakota State University.

As a constant reminder of staying the course, Carson has “AO1” tattooed on the underside of his right wrist, which stands for “Audience of One.” 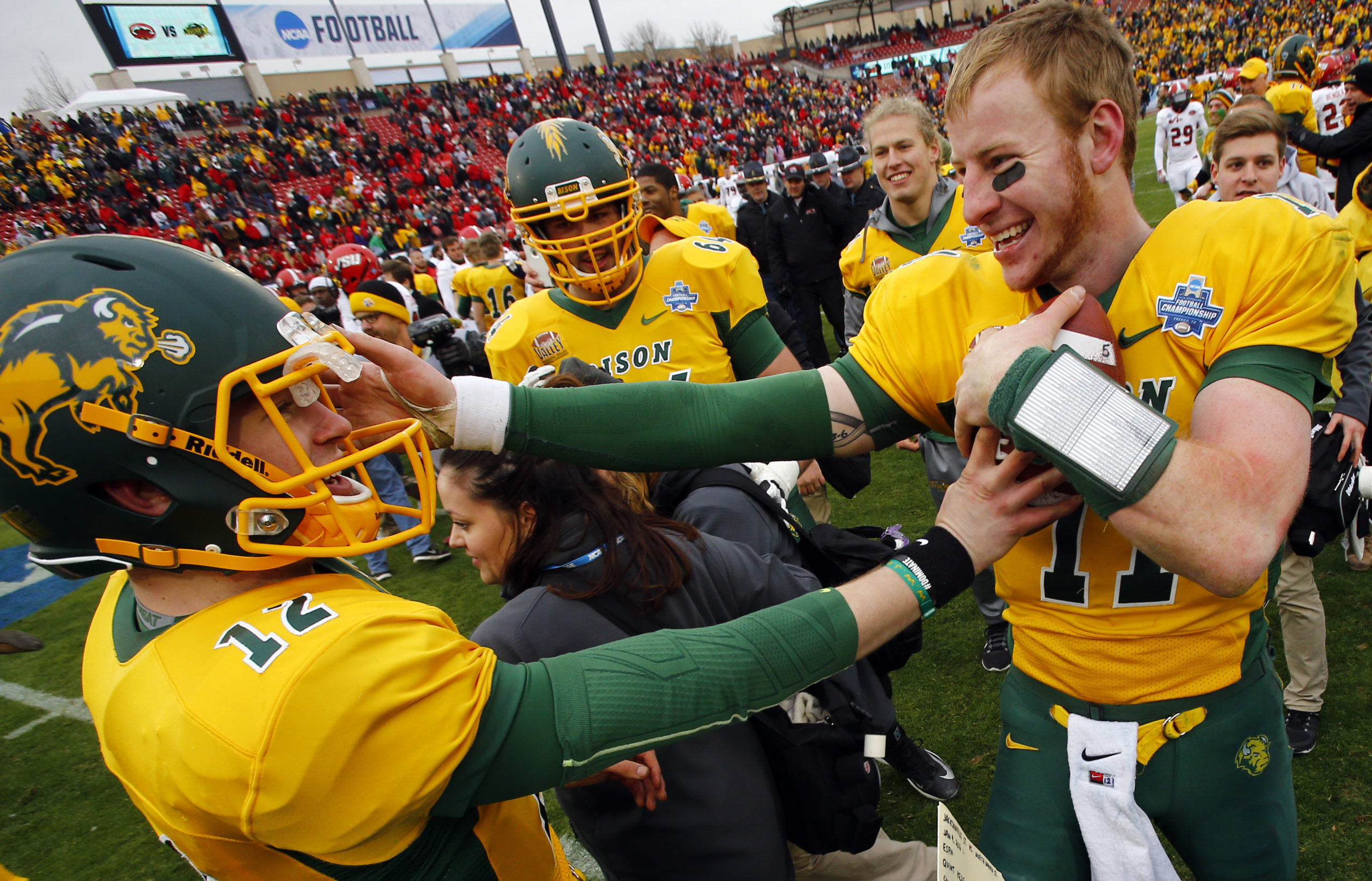 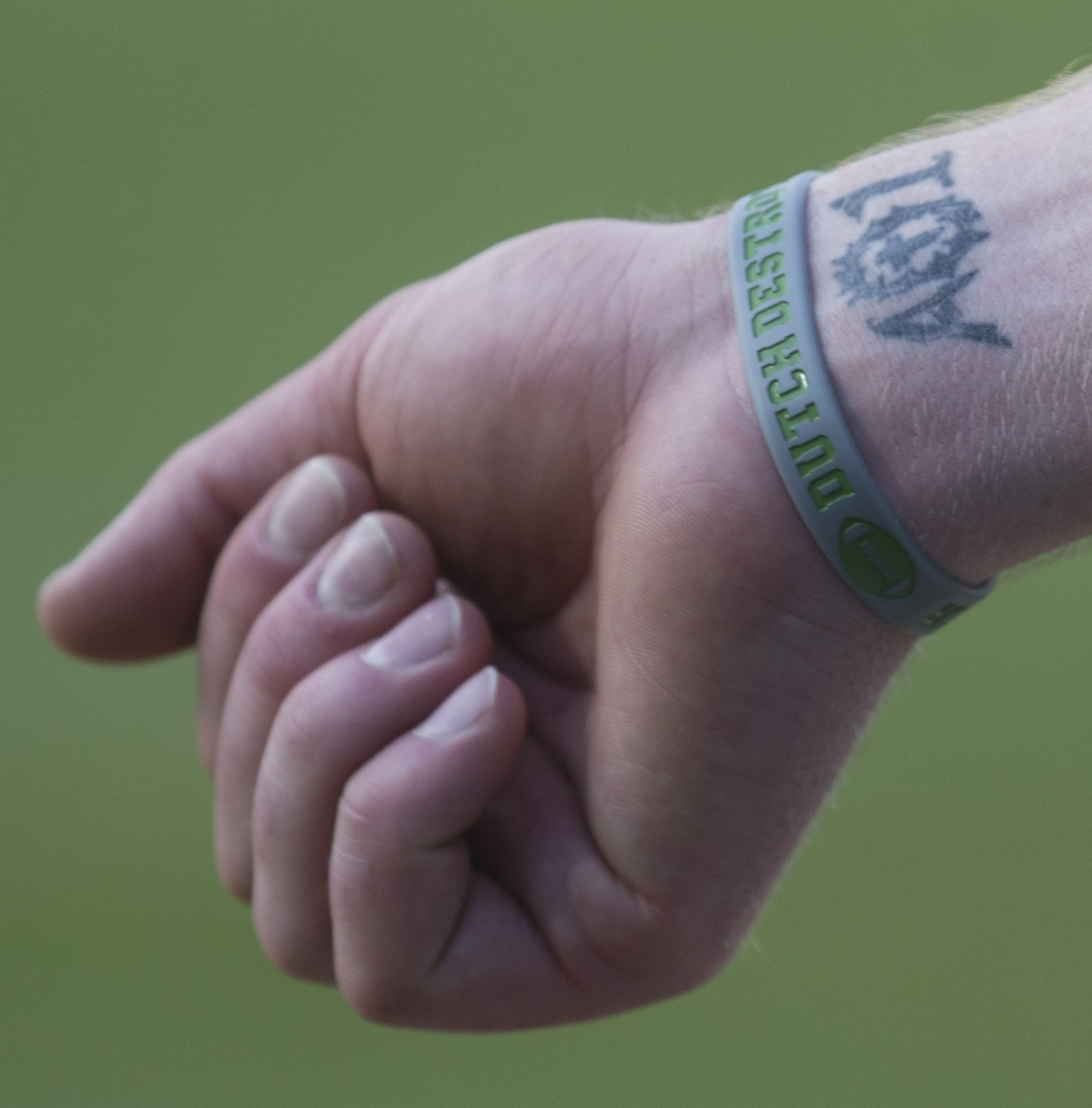 Following his first season in the NFL, Carson felt a calling and he knew he wanted to give back to the community. He knew he had been blessed with a platform that few ever experience.

The AO1 Foundation was launched in July of 2017 with the mission of “Uplifting individuals and communities around the world by demonstrating God’s love for His people.”  Currently, the foundation uses three main ministries to accomplish this goal: Thy Kingdom Crumb, the Outdoor Ministry and the Haiti Sports Complex.